Add to Lightbox
Image 1 of 1
BNPS_FatherOfSpaceRaceArchive_02.jpg 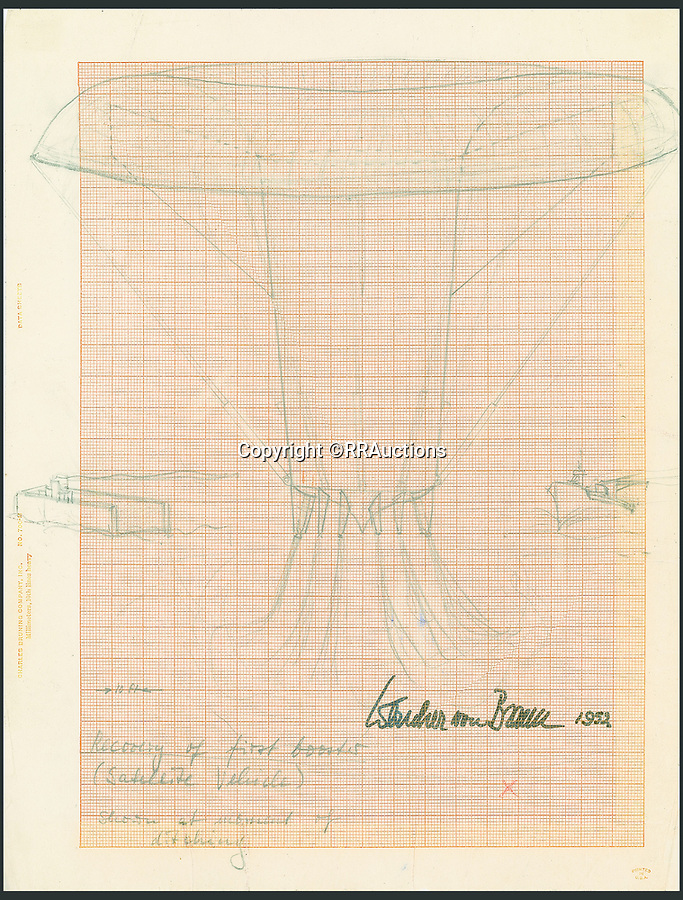 von Braun's sketch of the first stage booster parachuting back to earth, where it could be collected and reused.

This technology was later used by von Braun to create the mighty Saturn V rockets that eventually took man to the moon.
©RRAuctions 9 Apr 2018 2828x3726 / 3.8MB