Add to Lightbox
Image 1 of 1
BN_EdwardVIILetter_02.jpg 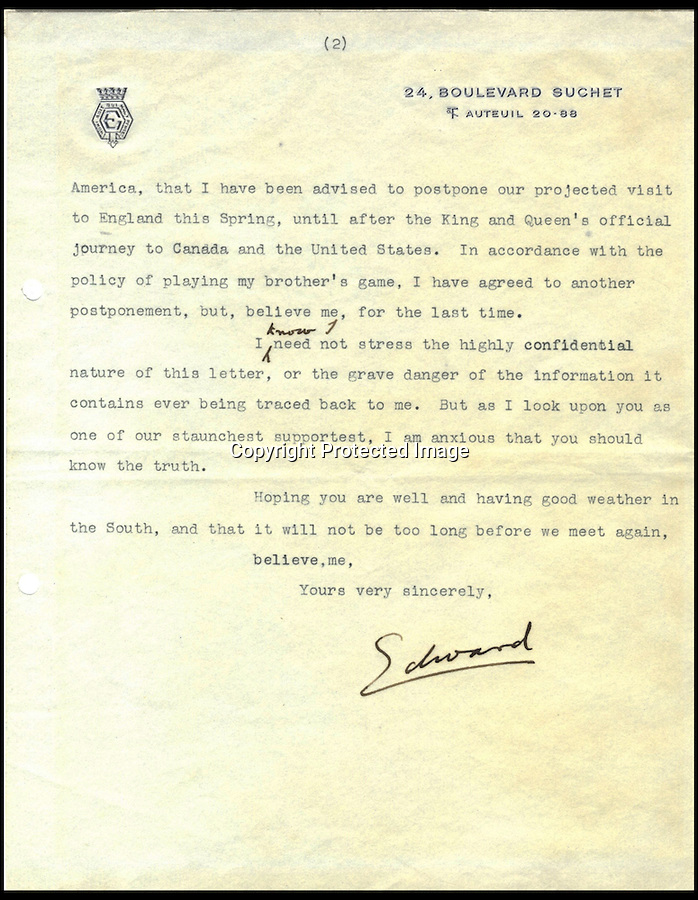 A letter from the exiled Edward VIII finally lifts the lid on the bitter rancour within the Royal family over his marriage to American divorcee Wallis Simpson.

A candid letter revealing the Royal Family's bitter resentment towards Edward VIII following his controversial abdication has come to light.

The letter from Edward to press baron Lord Beaverbrook was penned in 1939, less than three years after he rocked the nation by stepping down as King.

The three-page letter reveals he was warned to stay away from England while his brother Albert established himself as the new King.