Add to Lightbox
Image 1 of 1
BNPS_OhWhatALovelyWar_016.jpg 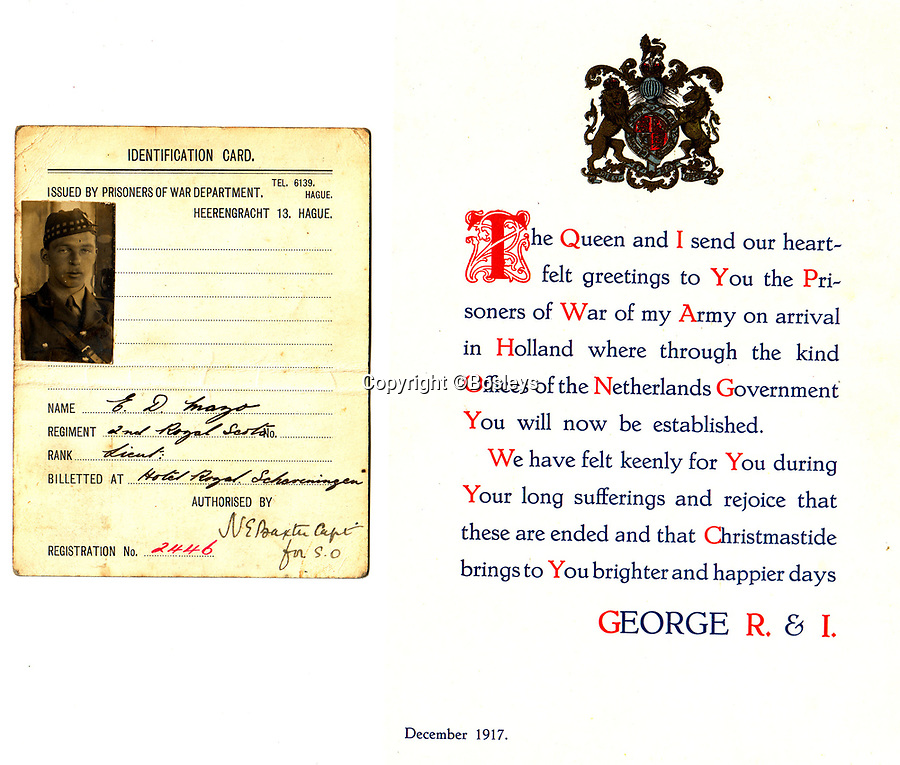 Christmas greetings from the King in 1917.

The archive of Lieutenant Charles Mayo, which includes three of his First World War medals, is being sold by Bosley's auctioneers of Marlow, Bucks on Wednesday.
©Bosleys 2 Jul 2017 2712x2305 / 963.0KB