Add to Lightbox
Image 1 of 1
BNPS_MiniSubHeroClark_02.jpg 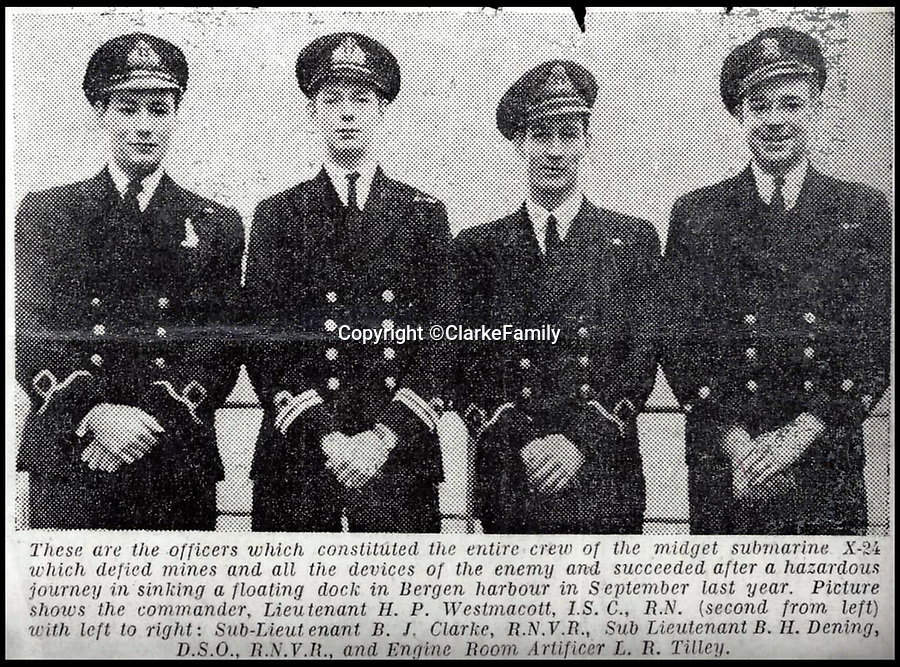 Tributes have been paid to one of the last surviving crew members of the iconic Second World War midget submarines who has died aged 95.

Heroic sub-lieutenant Bruce Clarke was awarded the Distinguished Service Cross for his role in the daring Operation Foil in the Far East in August 1945 which helped shorten the war with Japan.

He was part of a daring crew of just four men on the XE.5 midget submarine which snuck undetected into Hong Kong harbour to cut the undersea telephone lines running between Hong Kong and Singapore.
©ClarkeFamily 26 Jan 2018 2214x1640 / 764.9KB