Add to Lightbox
Image 1 of 1
BN_AnyoneForTennis_04.jpg 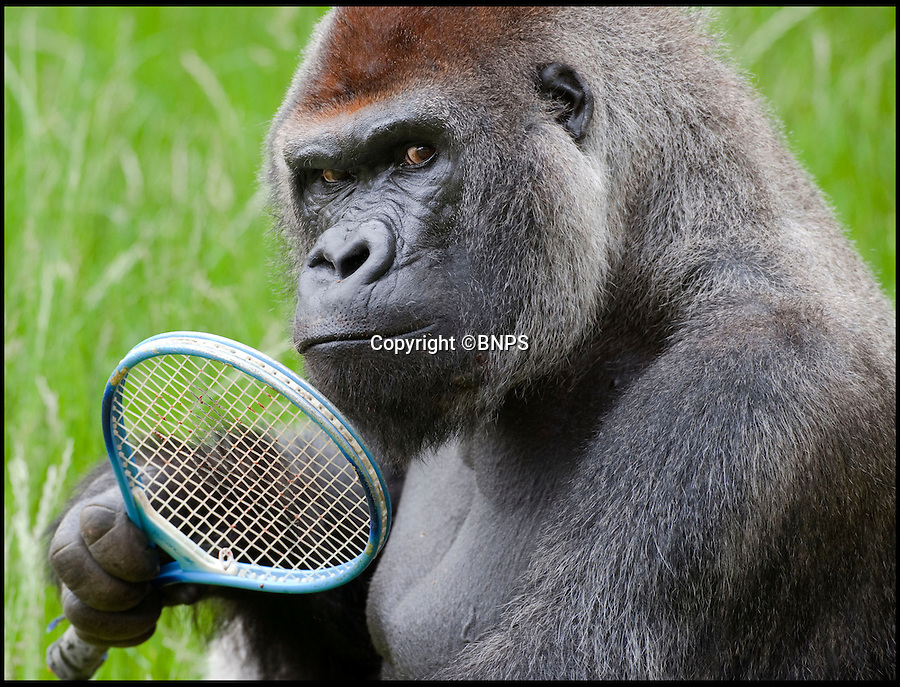 You cannot be serious...!

It seems even the Gorilla's at Longleat are getting in the Wimbledon spirit - although it would take a brave umpire to argue with Boulas the 35 stone male at the Wiltshire Safari Park.

Keepers gave the 26 year old silverback a racket as part of their mental stimulation plan to keep the attraction's animals alert and inquisitive.

And with the full sized racket seemingly dwarfed in his huge hands, even the famously belligerent John McEnroe might think twice before challenging a line call- and it would take a brave umpire indeed to penalise the massive primate for racquet abuse.

Longleat's Ian Turner said: ?Boulas is a typical silverback who wants everyone to know how tough he is so we didn't think the racquet would last too long once he got hold of it.

?However he was actually surprisingly gentle with it and although it looked like a child's toy in his hands, he seemed genuinely intrigued by his new plaything - although none of us dared tell him it wasn't really the done thing to lick the strings!? he added.
©BNPS 18 Jun 2013 3418x2607 / 1.5MB