Add to Lightbox
Image 1 of 1
BN_EnolaGay_05.jpg 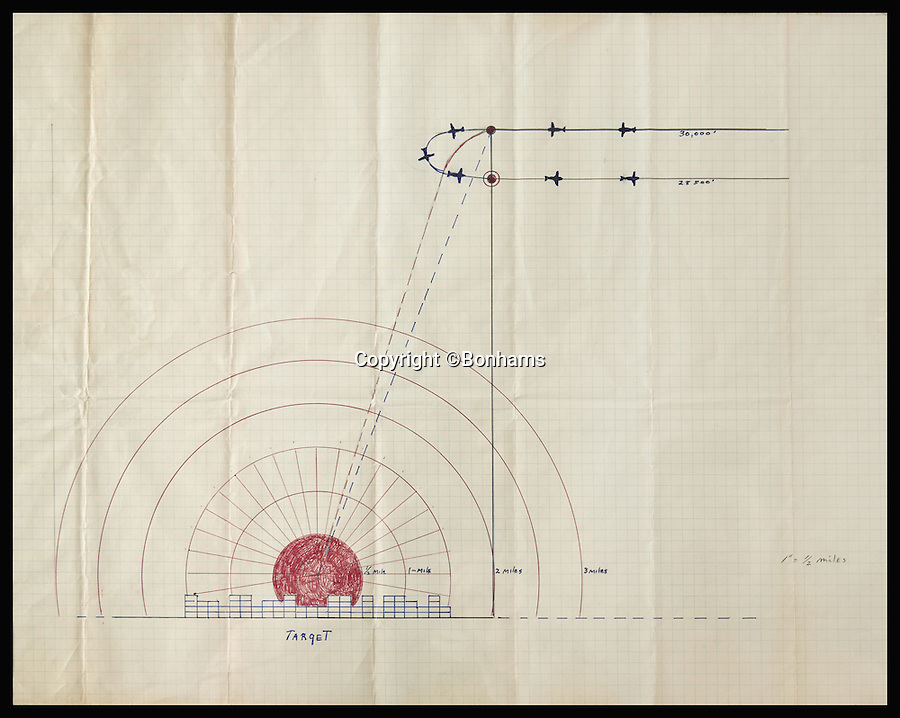 Never-seen-before diagrams used to plan and execute the dropping of the world's first atomic bomb on Japan in a bid to end WWII have emerged for sale 70 years after the historic mission.

The simple hand-drawn bombing plans detail exactly how and when the crew of the Enola Gay B29 bomber were to unleash their deadly payload over the port city of Hiroshima on August 6, 1945.

The previously unseen documents are among a £300,000 archive of material compiled by Captain Robert Lewis, co-pilot of the Enola Gay, which also includes his flight logs and report of the bombing raid.
©Bonhams 3 Mar 2015 4113x3283 / 1.2MB