Add to Lightbox
Image 1 of 1
BNPS_MichaelJordanTrainers_05.jpg 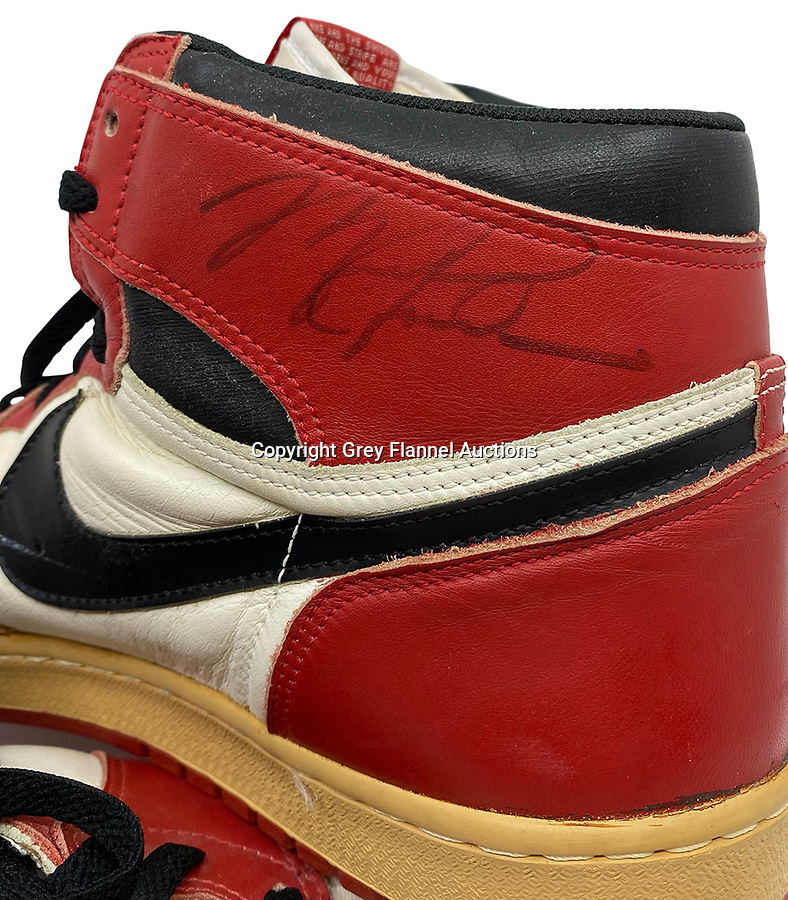 A pair of Michael Jordan's trainers from his debut basketball season have sold for over £300,000.

The basketball legend wore the red and white Nike Air Jordan 1 shoes during the 1984-85 season while playing for the Chicago Bulls.

He gave his size 13.5 footwear to veteran photographer Robert Crawford after the Bulls played the Indiana Pacers in 1985.

The popularity of Jordan trainers has been driven by last year's acclaimed documentary 'The Last Dance' charting his time at the Bulls.