Add to Lightbox
Image 1 of 1
BNPS_HandDrawnLennonCard_01.jpg 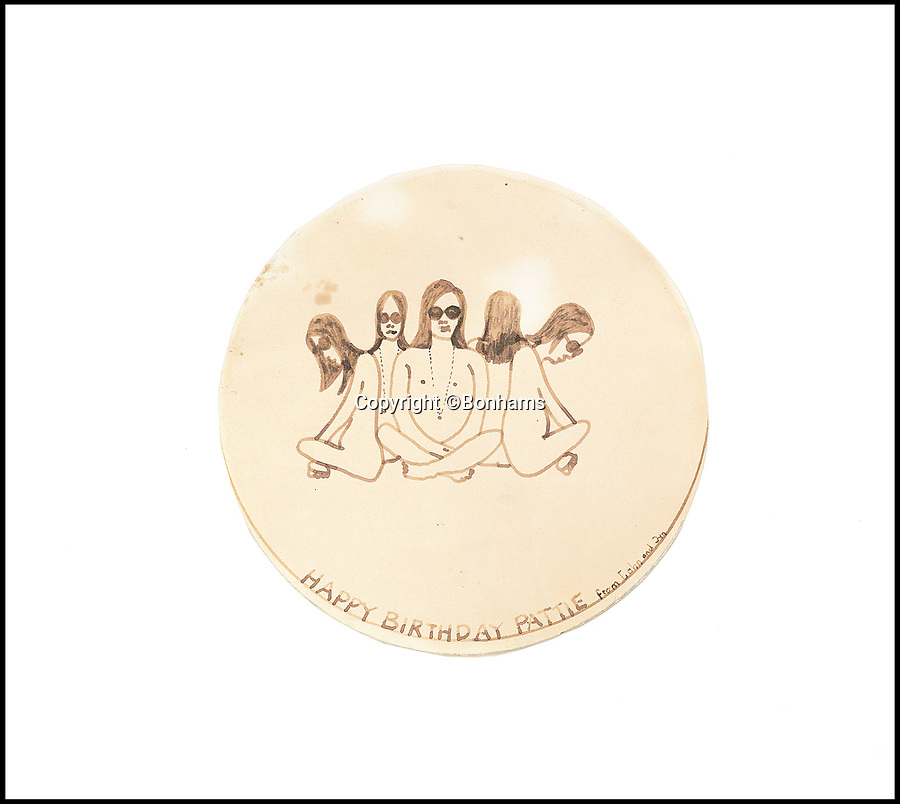 A rare quirky hand-drawn birthday card John Lennon made for his Beatles bandmate's wife is expected to fetch £12,000 at auction.

At the time she was married to George Harrison and she, Harrison, Lennon and Lennon's wife Cynthia, were all at a spiritual retreat in India together.

Boyd is now selling the unusual personal item through Bonhams in London.

The entire band and their partners were at Maharishi Mahesh Yogi's ashram in Rishikesh and the visit was the most productive songwriting period for the Beatles, with Lennon, McCartney and Harrison writing many songs and Ringo Starr finishing his first.
©Bonhams 3 Jul 2018 3340x2983 / 1.2MB