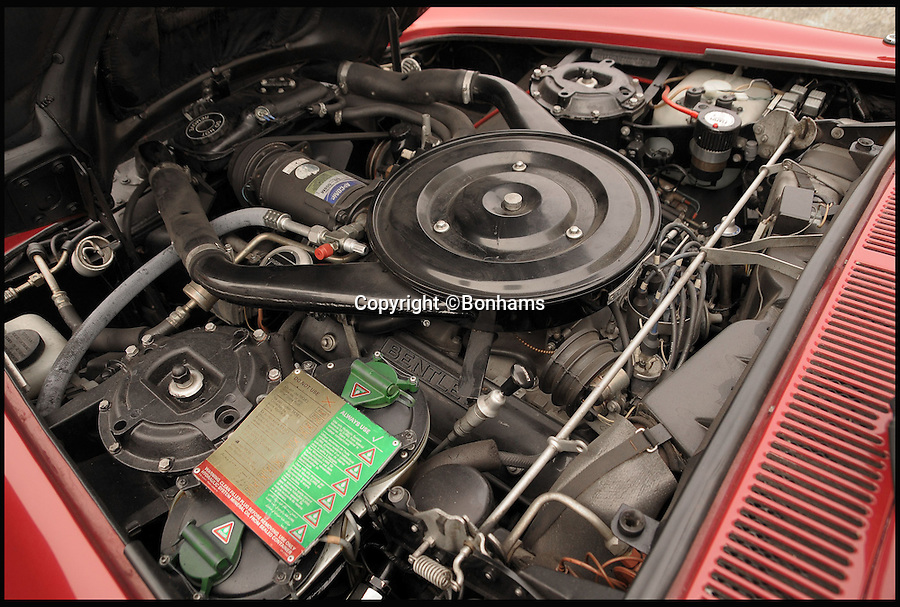 The engine of the 1985 Continental Bentley Convertible.

The plush Bentley car that starred in the video for Elton John's cold war hit Nikita has emerged for sale for £70,000.

The convertible red Bentley Continental took pride of place in the video for the 1985 hit single about a beautiful female Russian border guard called Nikita.

The video featured Sir Elton sat in the luxury motor taking photos of Nikita from afar before making several failed attempts to drive it through her checkpoint.