Add to Lightbox
Image 1 of 1
BNPS_FirstTankCommanderRevealed_06.jpg 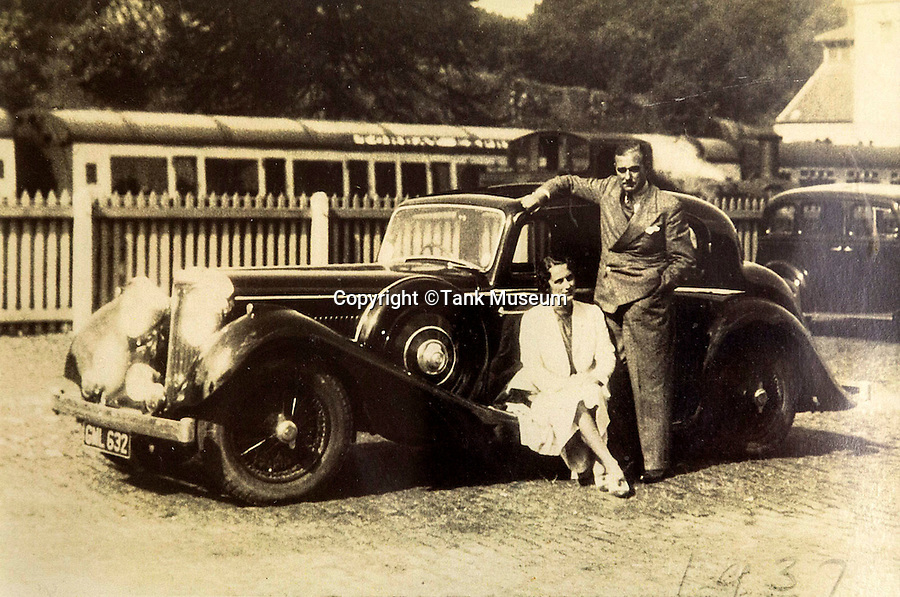 The visit when Harold Morty Mortimore met his wife Mary at a hotel in Devon. His daughter Tilly said these were his two favoutie women; his future wife and the Jaguar he went to Devon to buy.

A few months later the moustachioed pioneer was rolling over no man's land towards the German trenches in the first tank to ever engage an enemy.
©Tank Museum 22 Aug 2016 1575x1044 / 368.6KB