Add to Lightbox
Image 1 of 1
BNPS_UnseenElvis_05.jpg 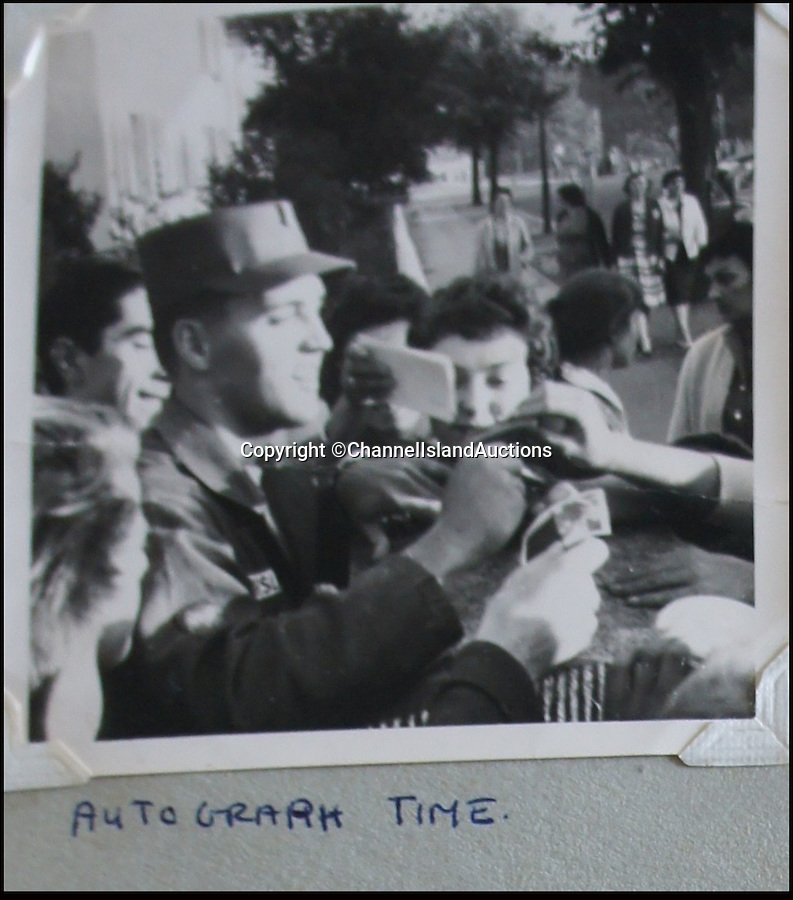 Elvis was mobbed by fans even in Germany.

A teenage girl's scrapbook containing unseen photos of Elvis Presley from his military service in Germany has been discovered after lying forgotten in a drawer for years.

The owner compiled the album dedicated to the 'King' while she was working as a chambermaid in a hotel in Bad Nauheim, where Elvis spent most of his two years' national service.

The book contains six signed photos of the star in his army uniform, signing autographs and posing with fans, including the owner of the album who was the only English girl in the town.
©ChannelIslandAuctions 2 Mar 2016 2409x2735 / 515.7KB