Add to Lightbox
Image 1 of 1
BN_GoneWithTheWindScript_03.jpg 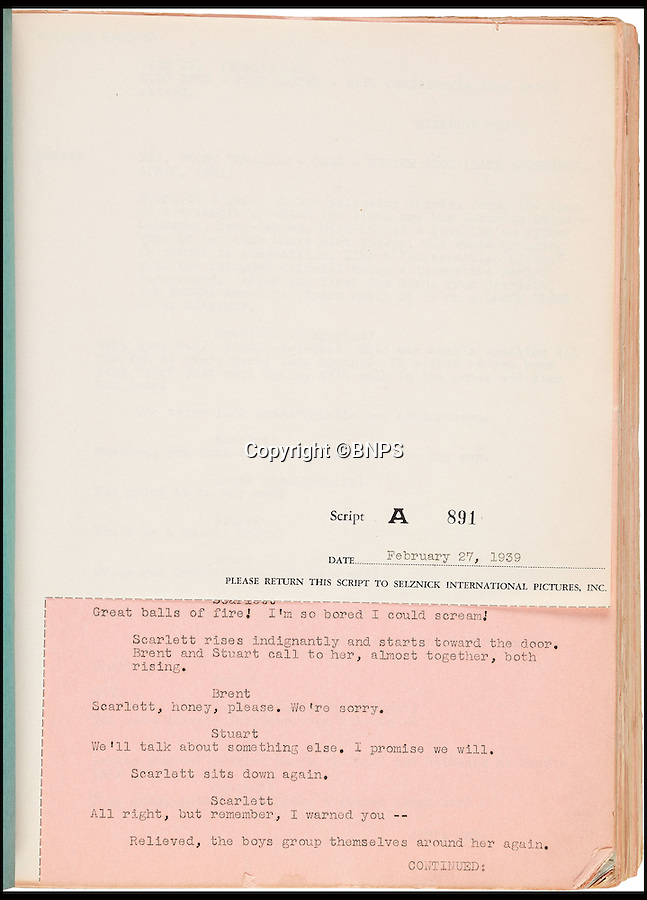 An incredibly rare script from definitive Hollywood film Gone with the Wind featuring a little-known alternative ending has emerged for sale 75 years after the hit movie was released.

The 1939 film, which starred screen siren Vivien Leigh as heroine Scarlett O'Hara and Clark Gable as her lover Rhett Butler, is regarded as one of the greatest of all time.

The ending of the film features a heart-broken Scarlett resolving to get on with life after being left by Rhett, and is celebrated for its portrayal of Leigh's character as a strong, independent woman.

But the emergence of the alternate script has revealed the movie could have ended very differently, with Scarlett portrayed in a much more 'traditional' role as she is left devastated by Rhett's leaving.