Add to Lightbox
Image 1 of 1
BNPS_MajorScottMedal_04.jpg 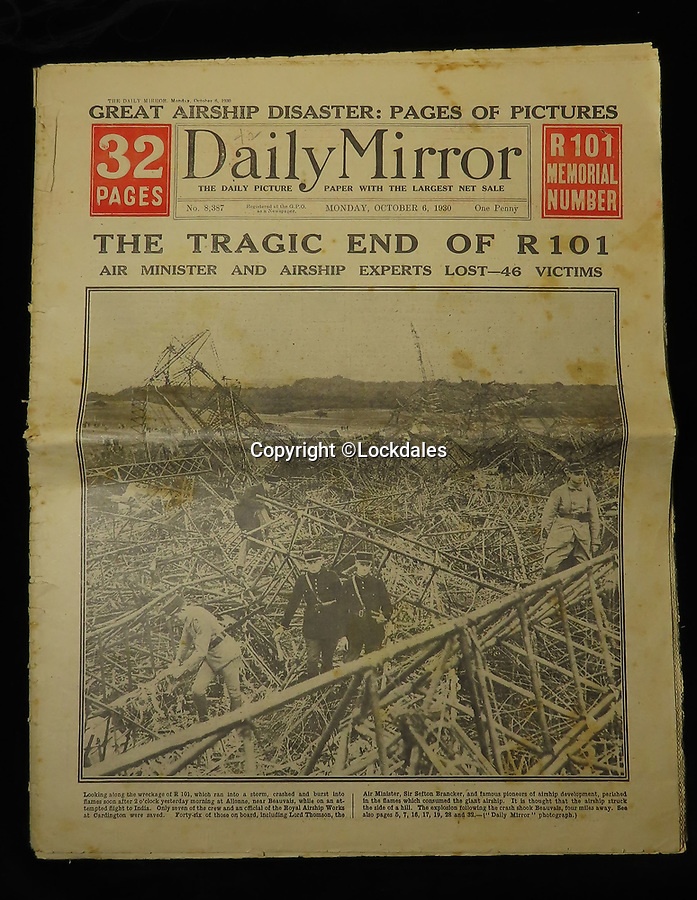 Tragic: The R101 airship crash resulted in the loss of 48 lives.

The tragic tale of a pioneering pilot who made the first east-west transatlantic crossing in an airship can be told after his campaign medal emerged for sale 101 years later.

Major George Scott CBE, who served in the Royal Naval Air Service and RAF in World War One, made headlines in 1919 when he commanded the airship R34 for its historic voyage.

The arduous flight from East Fortune in Scotland to Mineola airfield in New York took 108 hours and 12 minutes, during which they 'dodged storms and ran low on fuel and hydrogen'. He was praised for his 'cool, alert and expert handling' of the 643ft long airship, and granted an audience with the American President Woodrow Wilson.

However, his life ended in tragedy 11 years later when the R101 airship crashed on its maiden overseas voyage in northern France en route to India. Forty-eight people were killed in the disaster on October 5, 1930.