Add to Lightbox
Image 1 of 1
BNPS_ComicPropogandaRevealed_03.jpg 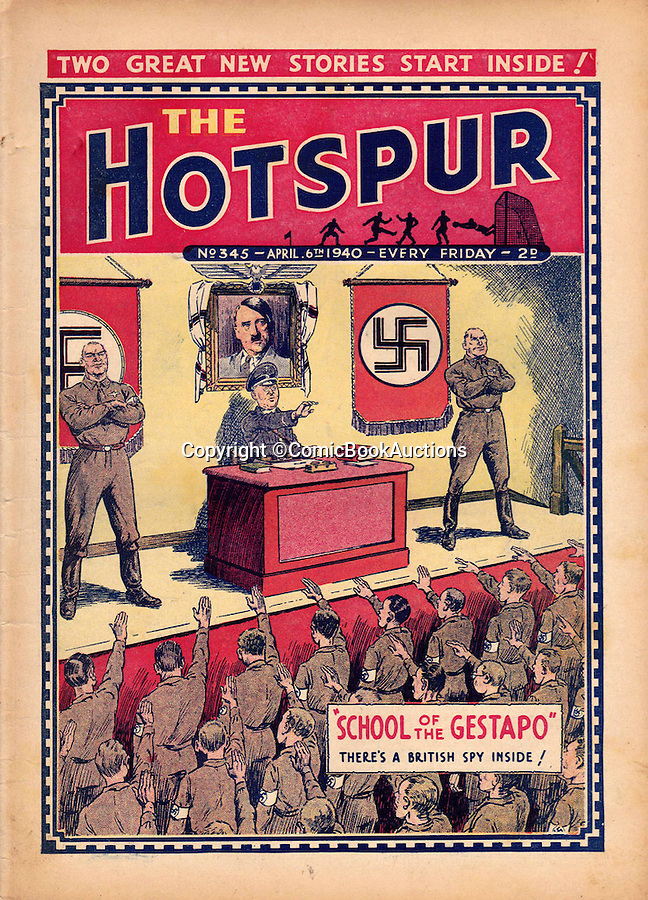 Even in the early days of the war this issue from April 1940 shows a daring infiltration of a British agent into the sinister 'School of the Gestapo'.