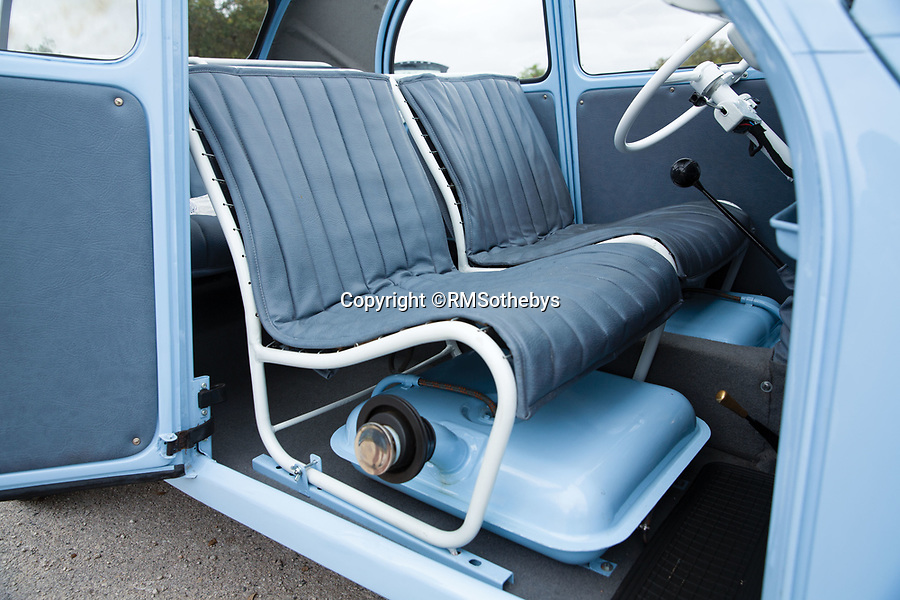 The twin petrol tanks are positioned under the front seats.