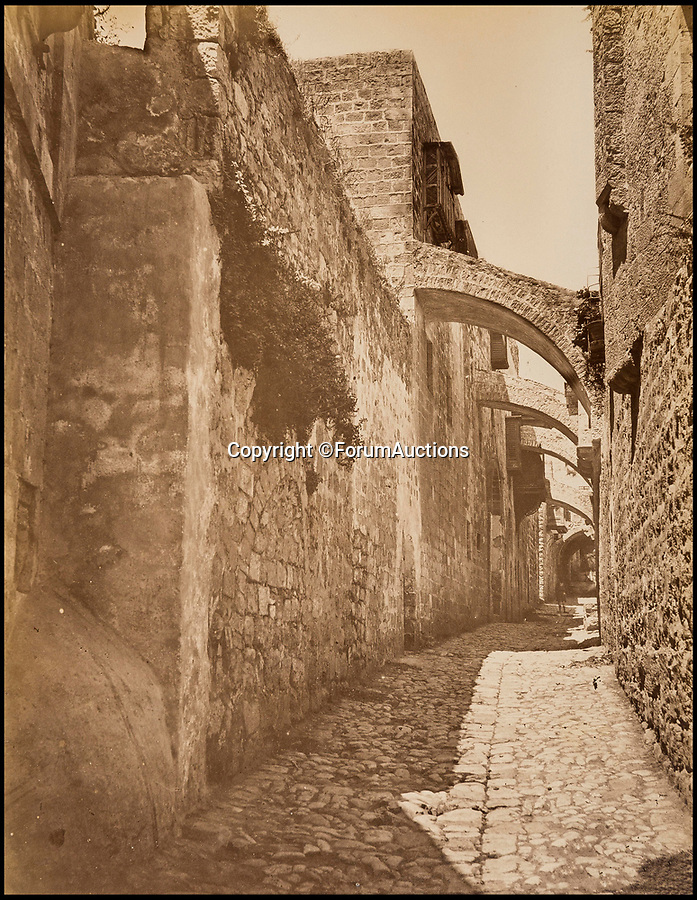 Part of the Via Dolorosa - the path taken by Christ on the route to his crucifixion.

It was a pivotal time in the history of Palestine which was experiencing a major influx of Jewish settlers fleeing persecution in Eastern Europe.
©ForumAuctions 13 Dec 2017 4186x5412 / 3.4MB