Add to Lightbox
Image 1 of 1
BN_HickokPistol_01.jpg 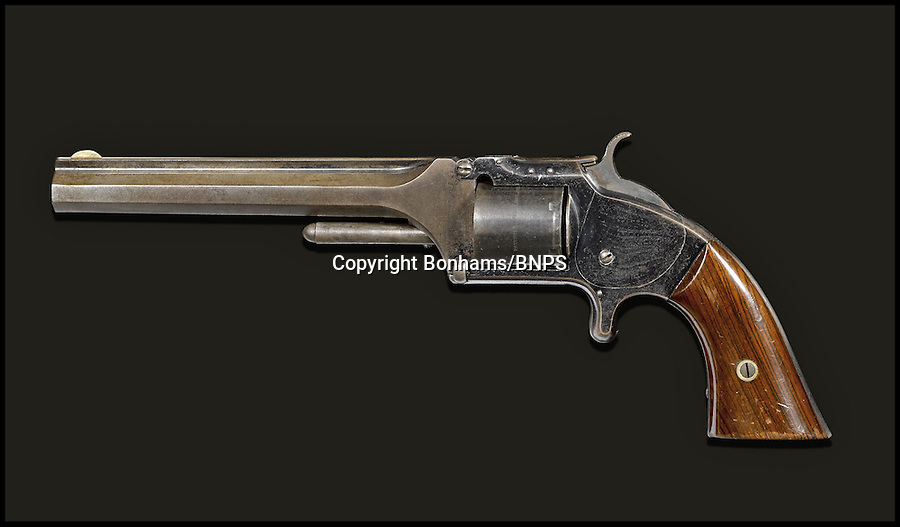 A pistol belonging to famed American Old West gunslinger 'Wild' Bill Hickok has emerged 150 years after he was murdered. Hickok, a lawman known as the best shot in the West, was playing poker with pals at a saloon in Deadwood, South Dakota, when he was shot in the back of the head by 'Crooked Nose' Jack McCall, in 1876. He was holding two black aces, two black eights and another unknown card, which went on to become known as the 'dead man's hand'. The gun boasts a .32 rimfire, a six-inch barrel, blued finish and varnished rosewood grips. Buyers will need a fistful of dollars if they want to get their hands on the legendary shooter - as it comes with a whopping £320,000 price tag.
Bonhams/BNPS 21 Aug 2013 3060x1789 / 532.0KB