Add to Lightbox
Image 1 of 1
BNPS_RingMadeFromWW1GlassShrapnel_01.jpg 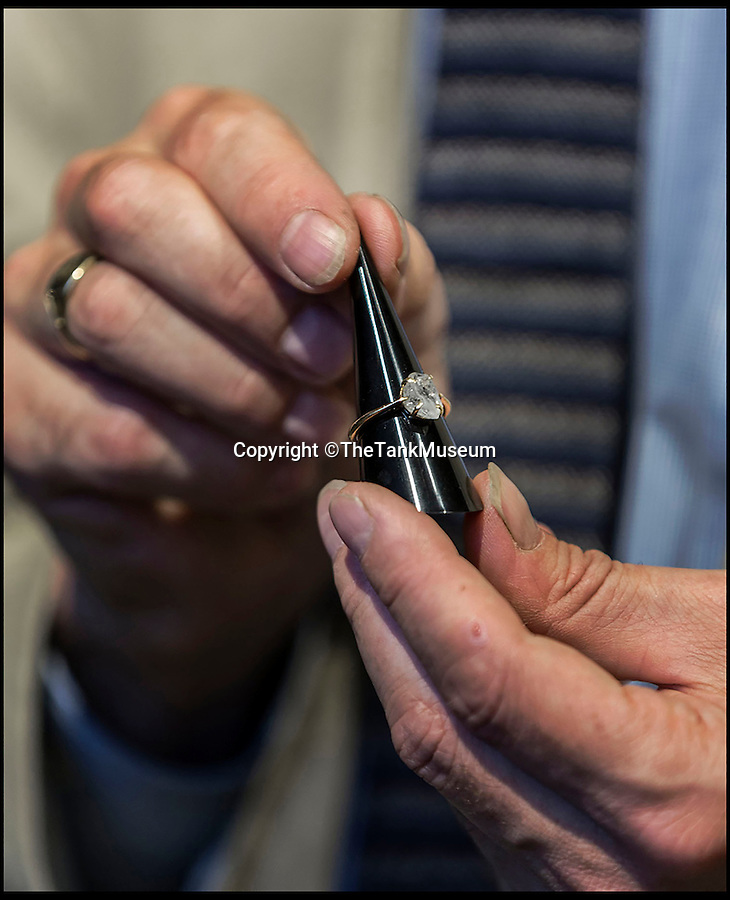 David Willey the curator of Bovington tank Museum in Dorset with the ring.

Medics later removed the pieces and the officer kept the largest part and had it mounted in a gold ring which he then gave to his new bride, Rose. The item has been unearthed in the archives of the Tank Museum in Dorset.
©TheTankMuseum 15 Aug 2016 1200x1480 / 613.7KB