Add to Lightbox
Image 1 of 1
BN_KevOSaurus_03.jpg 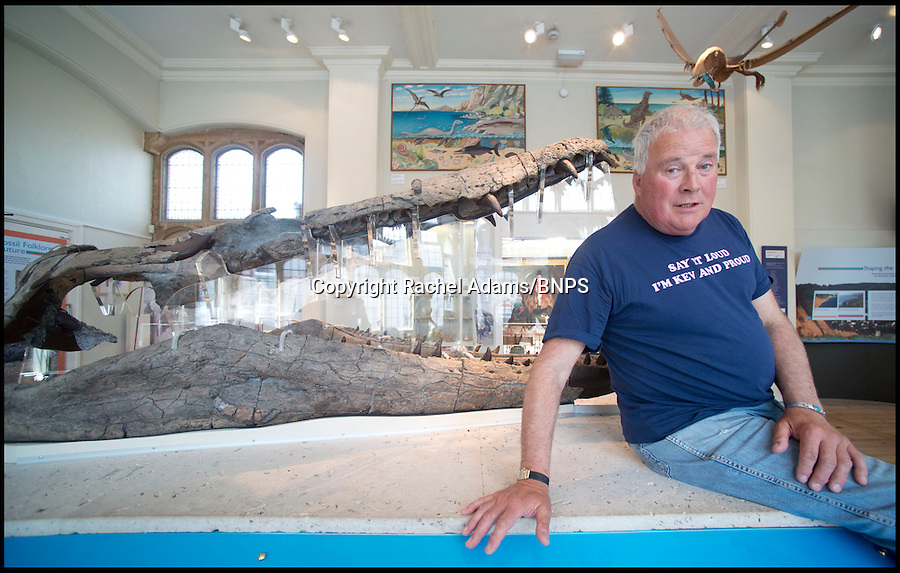 Kevan Sheehan with the pliosaur that is on display at Dorset County Museum, Dorchester.

British scientists have identified a new species of a huge pre-historic sea monster and have named it after the fossil hunter who found it - Kevan. The fossilised remains of the 8.5ft long jaw from a 60ft long pliosaur. was four times more powerful than a Tyrannosaurus Rex. Experts pieced the 25 parts together that were painstakingly unearthed over five years by Kevan Sheehan (68), near his Osmington home, in Weymouth, Dorset. Although a handful of pliosaur specimens have been found before, Kevan's beast has been identified as a new species that was bigger and stronger than its cousins. Scientists have now named it Pliosaurus kevani.
Rachel Adams/BNPS 4 Jun 2013 3926x2500 / 1.1MB