Add to Lightbox
Image 1 of 1
BNPS_RecordSiameseCarpCaught_02.JPG 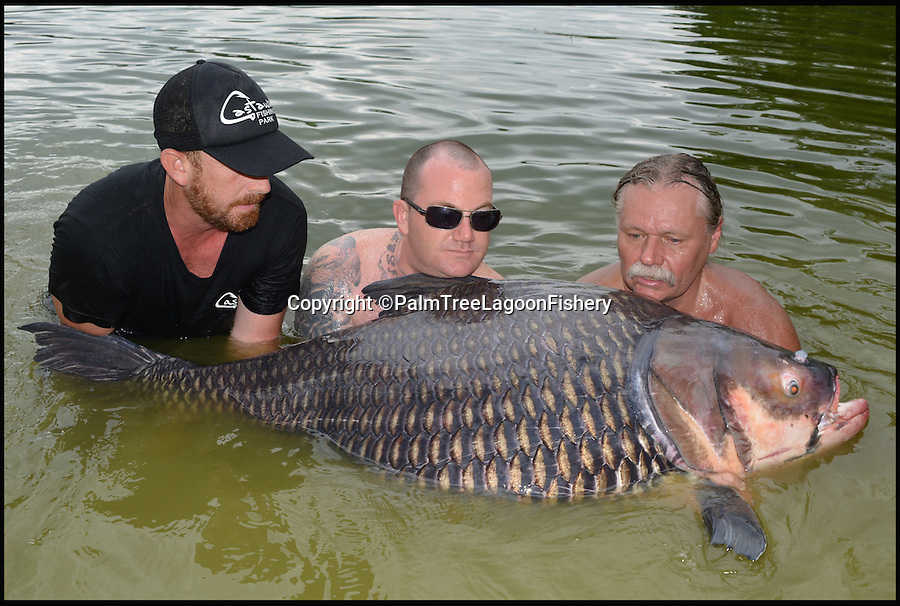 A British angler has reeled in the world's biggest carp fish weighing a whopping 222lbs.

Tim Webb, 57, landed the enormous Siamese carp after an exhausting 90 minute battle at a lake in Ban Pong, Thailand.

The fisherman, who owns a Thai fishery, lured the carp onto his line using a simple bait of bread and bran rice before engaging in the gruelling battle.