Add to Lightbox
Image 1 of 1
BNPS_BritainsBiggestMagnolia_06.jpg 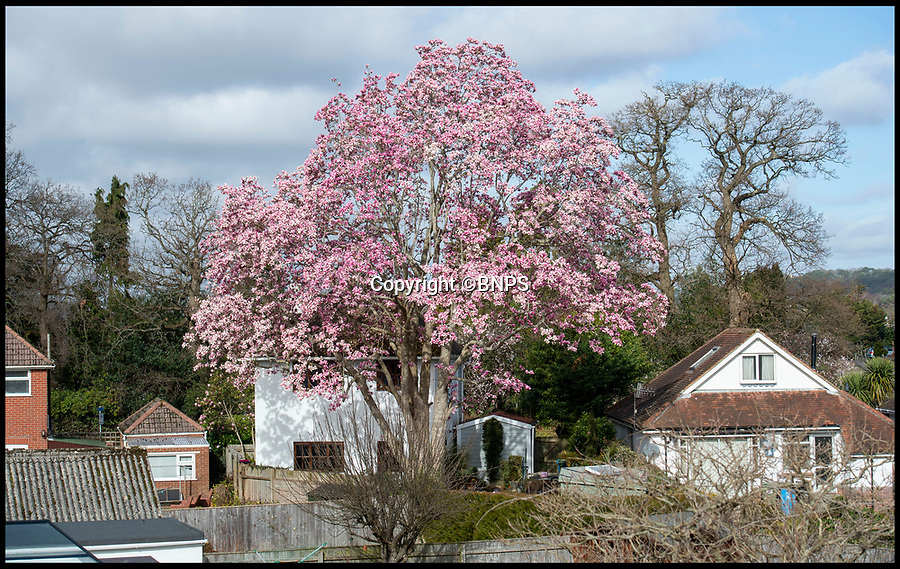 Blooming Marvel - Magnificent Magnolia discovered in a back garden in Dorset.

What is thought to be Britain's tallest Magnolia tree has been discovered in the back garden of a house in Lilliput, Poole in Dorset.

The stunning tree is thought to have been planted by the previous owner of the seaside home around 100 years ago, but has now grown into a 70 ft monster, more than double the height of the previous record holder at Trebah Garden, near Falmouth in Cornwall.

Magnolia campbellii was introduced to Britain by Joseph Hooker, the future Director of the Royal Botanic Garden Kew, after he came across a tree deep in the forests of Sikkim during his explorations of the Himalayas in the 1840s.
©BNPS 2 Mar 2019 5371x3394 / 4.3MB