Add to Lightbox
Image 1 of 1
BNPS_SafeWayToVisitLongleat_017.jpg 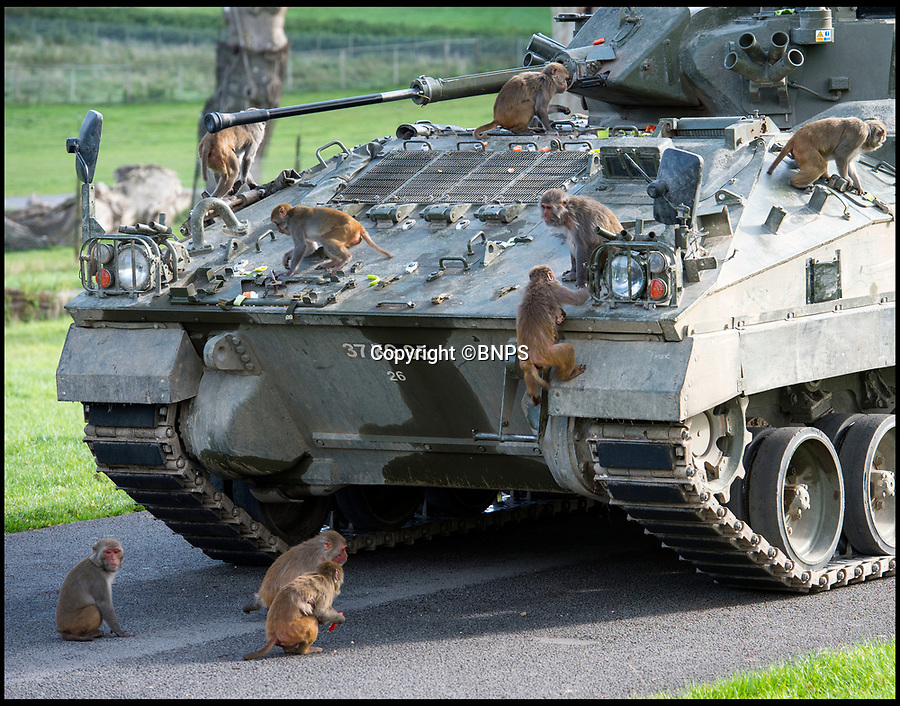 The macaque's were not intimidated by the 28 tonne vehicle...

Longleat’s infamous troop of mischievous monkeys, along with the parks other wiley inhabitants, have been wreaking havoc on unsuspecting motorists for decades.

But even they were a little overwhelmed when they came face to face with the might of the British Army this week.

Soldiers from the 1st Battalion The Yorkshire Regiment, based in nearby Warminster, took one of their Warrior armoured vehicles through some of the Wiltshire safari park's most notorious enclosures.

And despite the animals obvious interest the 27.5 tonne, six-metre-long caterpillar tracked vehicle eventually emerged without a scratch.