Add to Lightbox
Image 1 of 1
BNPS_MonocledMutineer_06.jpg 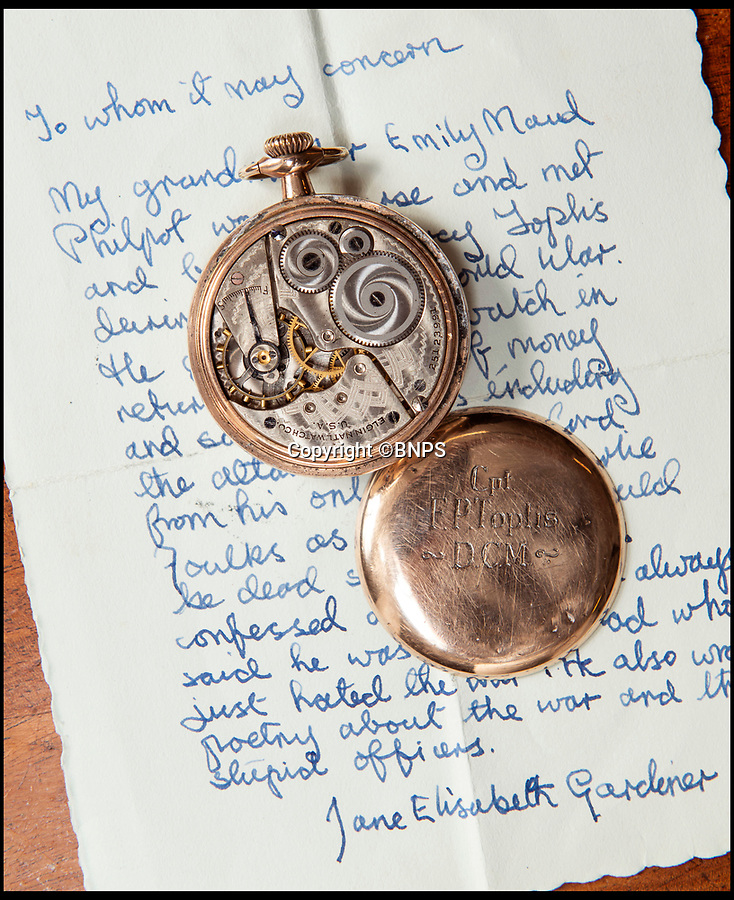 The pocket watch worn by an infamous WW1 conman known as the 'Monocled Mutineer' has been sold for £1200.

The timepiece belonged to disgraced Percy Toplis, a lowly private who when on leave wore a monocle to pretend he was a decorated officer.

Toplis sold the watch, which has a fake engraving on the back awarding himself a DCM, to a hoodwinked nurse in 1916.

In 1915 he had even tricked his home town of Blackwell in Notts to giving him a hero's welcome and a civic reception in his honour.

Such was his notoriety that the BBC made a drama series of his notorious exploits in the 1980's.

H.Aldridge auctioneers sold the watch, along with a letter of provenance from nurse Emily Philpott explaining the deception, at the weekend.
©BNPS 13 Sep 2018 3670x4496 / 1.9MB