Add to Lightbox
Image 1 of 1
BN_LongleatLionOutPractice_010.jpg 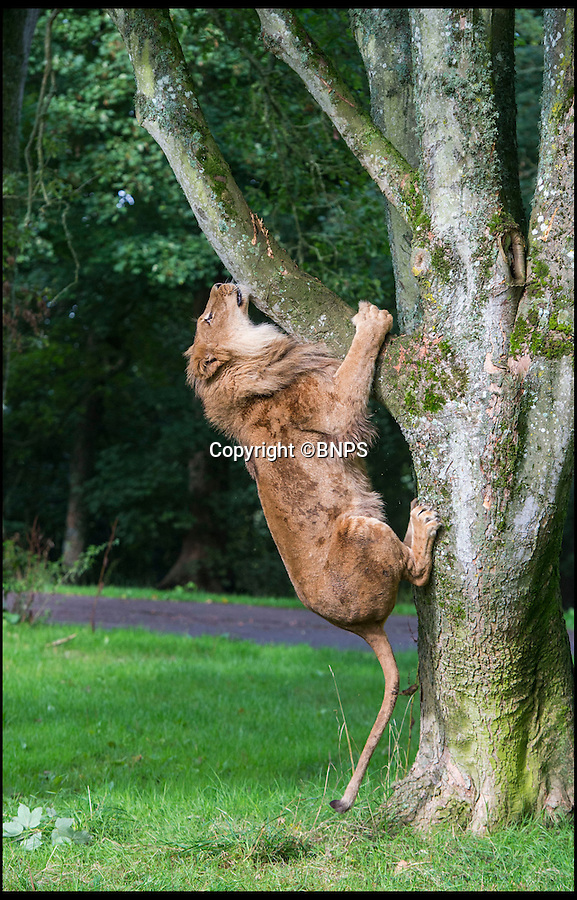 Harry, one of the Wiltshire Safari parks younger males was less successful at claiming the ball, and after three failed attempts ended up ignominiously flat on his back.

Longleat’s lions have been practising their rugby skills ahead of England’s crunch World Cup tie against Wales on Saturday.

Keepers at the Wiltshire safari park set up their own version of a ‘lion-out’ by suspending a rugby ball from a tree in their woodland home to see how the big cats would react.

Within minutes young male Klaus was demonstrating his athletic prowess by leaping off the ground to wrestle the oval ball to the ground.

“They’ve always been alarmingly good at rucking and mauling but we wanted to see how they’d tackle the high ball,” said Longleat’s Ian Turner.

“Despite weighing close to 180 kgs Klaus is actually extremely light on his feet and leapt high off the ground.