Add to Lightbox
Image 1 of 1
BNPS_IslamicGoldCoin_02.jpg 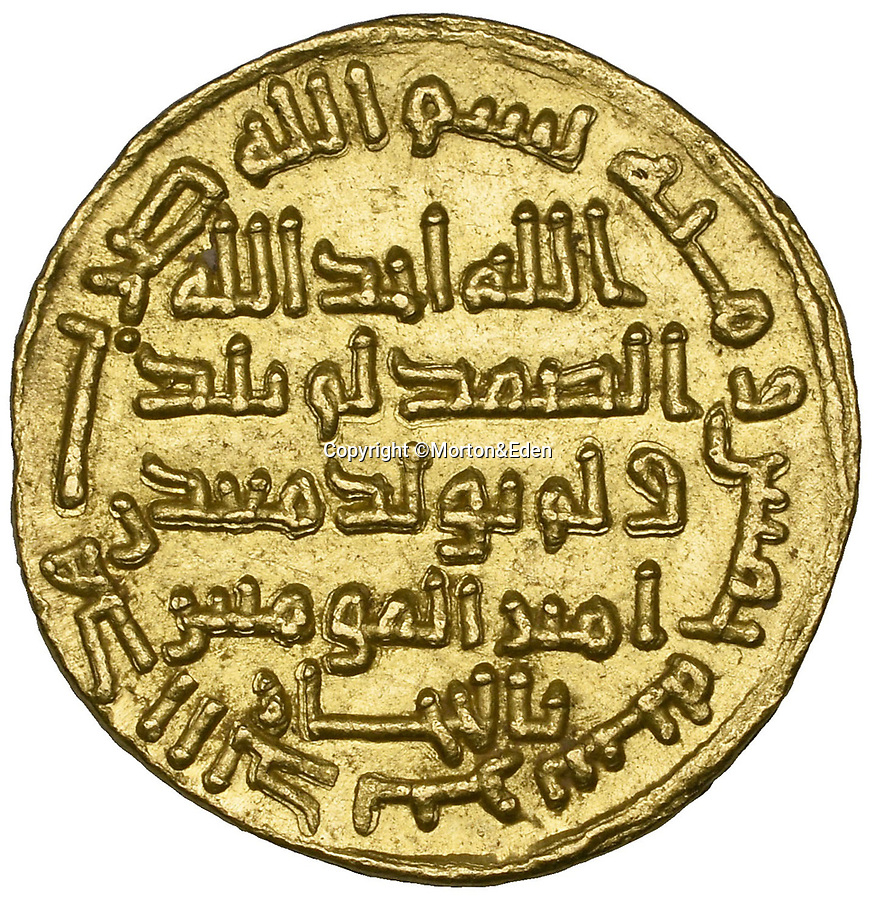 Sold today for £3.72 million - The world’s rarest and most valuable Islamic gold coins.

This Umayyad solid gold dinar date's from 105h (723AD) and importantly is inscribed from the ‘Mine of the Commander of the Faithful’.

The Umayyad's ruled the early Islamic world from their capital in Damascus at the heart of modern war torn Syria.

Unlike the Christian coinage, on Moslem currency all images were forbidden and so both sides are covered by arabic text.