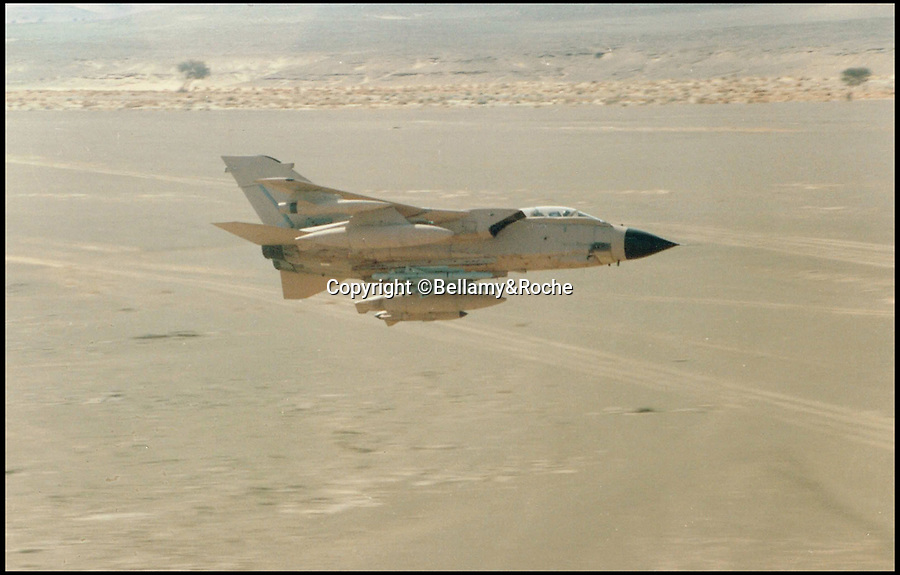 A Tornado GRI from the Tabuk Wing, Carrying two BAe Dynamics ALARM anti-radiation missiles under the fuselage, heads into Iraq during the Gulf War.

He reflects on the momentous Battle of Britain where 'the Few' stood up to the dreaded Luftwaffe and also lesser-known humanitarian operations in far-flung parts of the world where the RAF 'dropped food, not bombs'.
©Bellamy&Roche 13 Feb 2018 2741x1752 / 428.1KB