Add to Lightbox
Image 1 of 1
BNPS_RarePhotosOfJardinesLastCricketTour_05.jpg 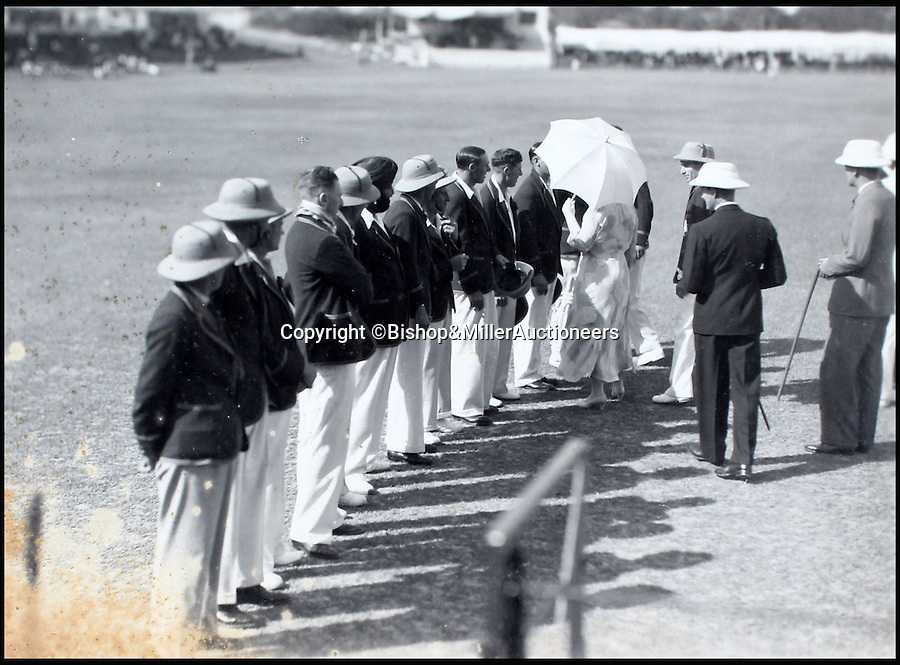 The M.C.C. side being presented to the Viceroy of India, the Marquess of Willingdon, and his wife Marie.

Jardine is featured in many photos as is the Viceroy of India. The album is being sold by auctioneers Bishop and Miller of Suffolk.
©Bishop&MillerAuctioneers 1 Jun 2014 1815x1341 / 1.1MB