Add to Lightbox
Image 1 of 1
BNPS_JurassicPark!_10.jpeg 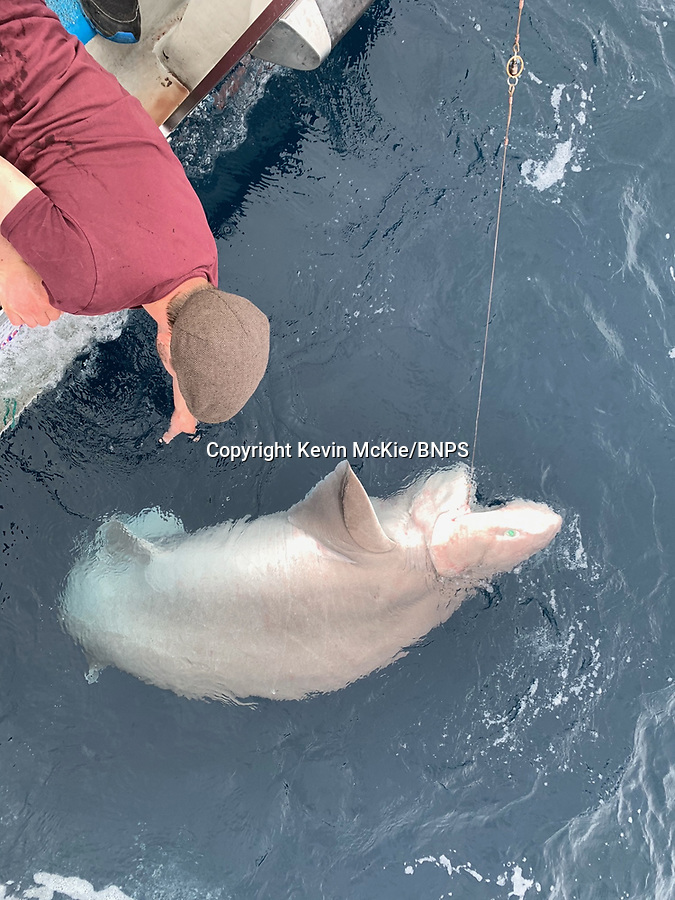 A British fishing party has caught a record number of a rarely seen species of shark that pre-date dinosaurs.

The group reeled in 14 monster sixgill sharks in one day in a secret area of the north Atlantic dubbed Jurassic Park because it is inhabited by the pre-historic fish.

The sharks weighed up to 450lbs (32st) each and it took an average of 40 minutes to reel in each one.

The sixgill shark - Hexanchus griseus in Latin - spends much of its time in deep water and as a result has little interaction with humans, with only one reported attack in 500 years.
Kevin McKie/BNPS 8 Jul 2021 1512x2016 / 933.9KB