Add to Lightbox
Image 1 of 1
BNPS_HMSVictorySail_01.jpg 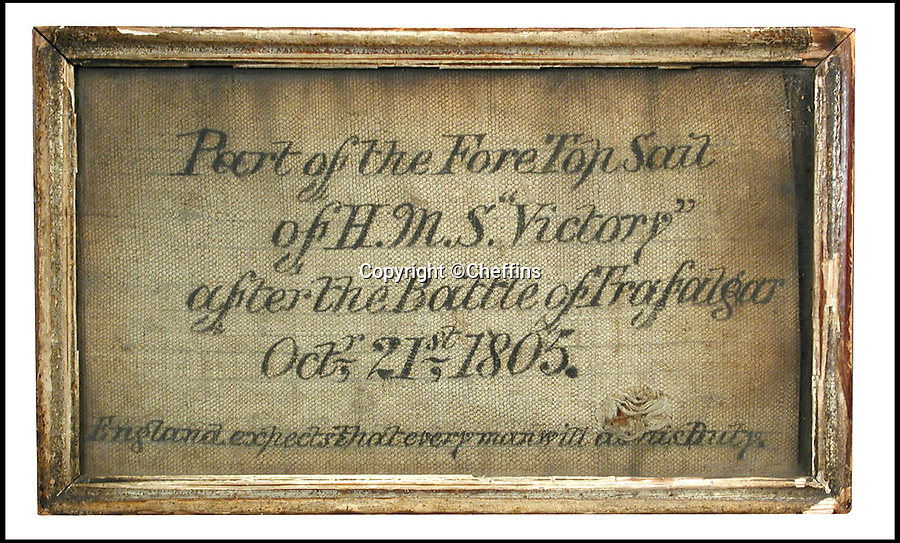 A tiny segment of the sail from HMS Victory has emerged for sale £3,000 more than 30 years after its previous owner swapped it in exchange for a piece of £50 furniture.

The 7in x 12in segment is from the fore topsail of Admiral Lord Nelson's flagship and was erected on the Victory during The Battle of Trafalgar.

Although the vast majority of the sail now resides in the National Museum of the Royal Navy in Portsmouth, Hants, this small section is thought to have been cut away by an enterprising chancer shortly after the Victory returned to Britain.

It, along with several other patches of the topsail, would have been sold as a souvenir to commemorate one of Britain's greatest Naval victories, but very few of these sections are thought to survive today.
©Cheffins 19 Apr 2018 1834x1105 / 514.9KB