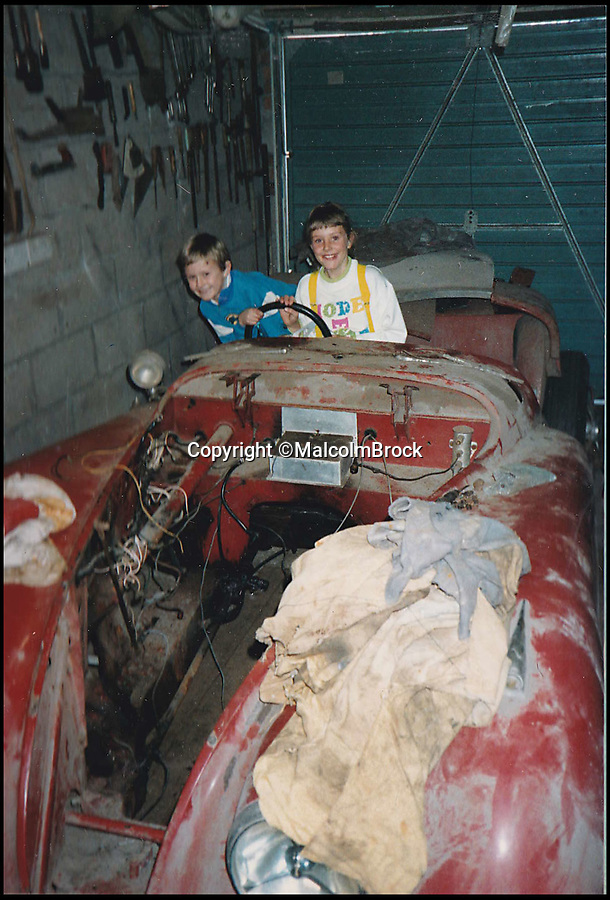 Malcolm's daughter Tracey and her friend in the partially dismantled car, 1988. Pictured at the start of it's restoration.