Add to Lightbox
Image 1 of 1
BNPS_RediscoveredColeridgePortrait_03.jpg 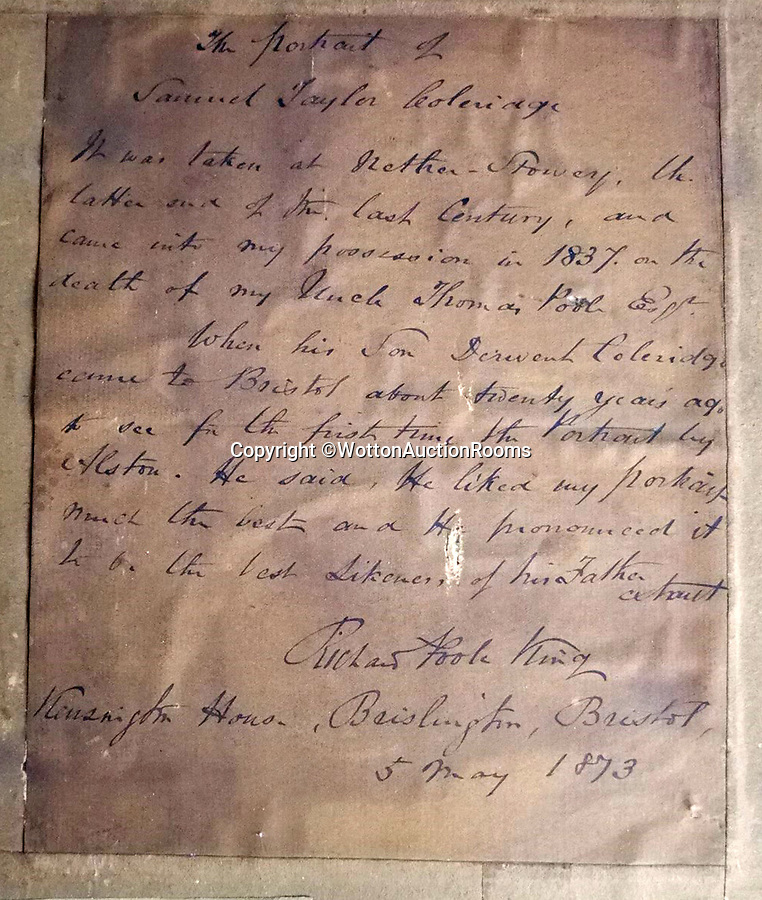 The reverse of the painting carries an inscription by Richard Poole King explaining the provenance back to around 1798.

A 'lost' portrait of the great Romantic poet Samuel Taylor Coleridge which was rediscovered after two centuries has sold at auction for £62,000.

The 11ins by 10ins oil painting of William Wordsworth's collaborator was bought into an auction house in south Gloucestershire by a local family who were 'decluttering' their house.

Its reverse carries an inscription by the painter, William Shuter, stating the subject was Coleridge and the sitting was at Nether Stowey in Somerset, where the poet lived between 1797 and 1800.

The portrait sparked a bidding war when it went under the hammer with Wotton Auction Rooms, achieving 62 times it's £1,000 pre-sale estimate.