Add to Lightbox
Image 1 of 1
BNPS_HendrixTreasureMap_02.jpg 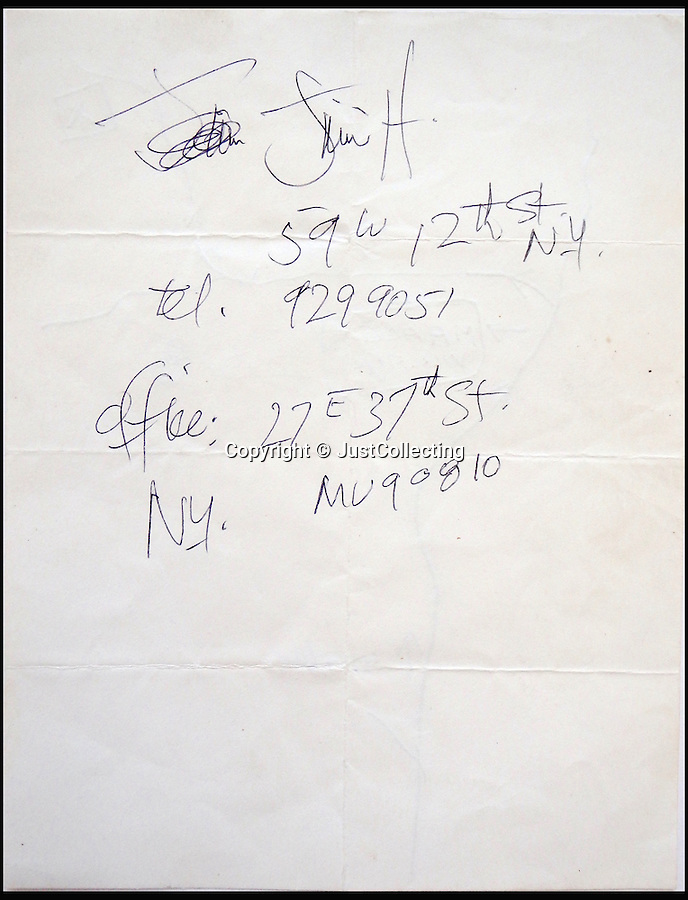 Hendrix's New York home address and phone number on the back of the map.

This unique 'treasure map' was drawn by Jimi Hendrix to guide a blonde beauty through Crosstown Traffic and into his bed.

The guitar hero put pen to paper help the anonymous woman find her way to the oddly named Gingerbread House where he was staying in Maui, Hawaii.

Smitten Hendrix even scrawled his address and phone number for his New York home on the tiny scrap of paper, but the couple would never meet in the Big Apple - as he tragically died two months later, aged just 27.
© JustCollecting 31 Dec 2012 6839x8948 / 4.7MB