Add to Lightbox
Image 1 of 1
BNPS_DramaticRescue_06.jpg 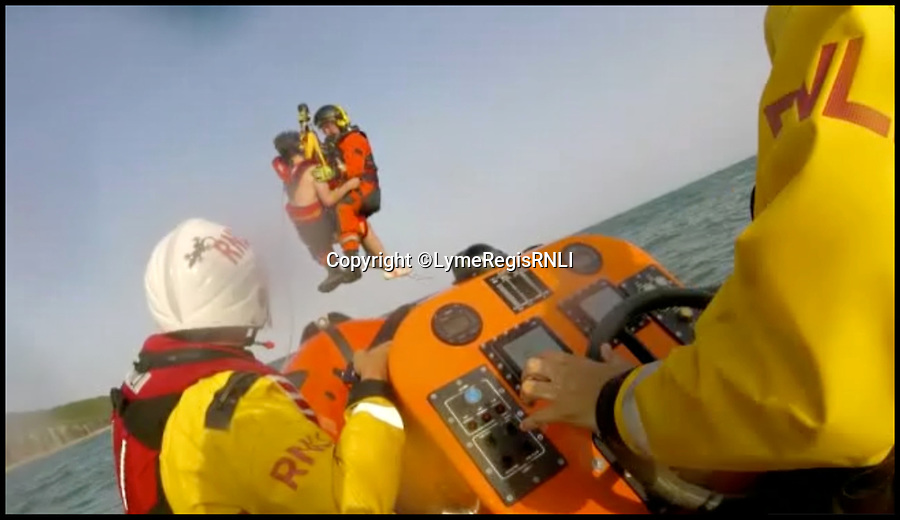 The boys are winched to safety by the helicopter.

This is the dramatic moment two teenage tombstoners were saved from drowning after they were swept 250 yards out to sea.

Archie Woollacott, 14, got dragged away by a strong current after plunging off a harbour wall at Axmouth, Devon. His friend Bozhidrar Bobev jumped in to rescue him but was also taken out to sea.

The stricken pair spent an hour treading water before they were spotted by the Lyme Regis lifeboat crew in the nick of time.