Add to Lightbox
Image 1 of 1
BNPS_BondFirstEditions_01.jpg 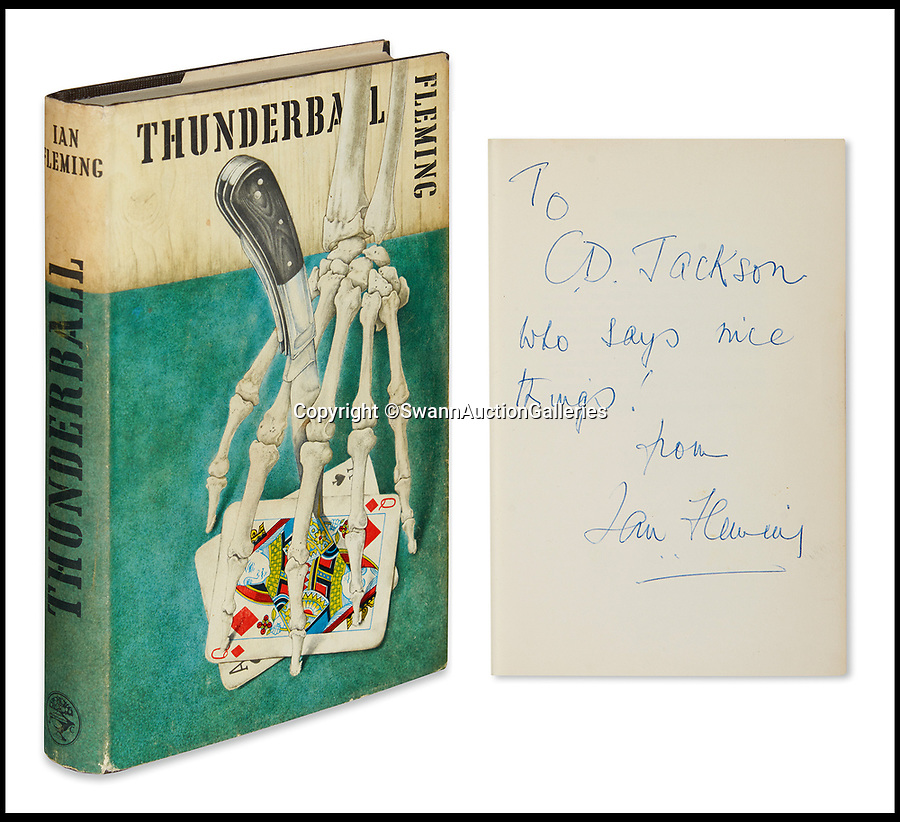 A single owner collection of historic James Bond first editions inscribed by Ian Fleming have emerged for sale for £55,000. ($70,000)

The marquee lot is a first edition of Goldfinger (1959) given by the author to legendary golfer Sir Henry Cotton, who won The Open three times.

Fleming references the chapters containing the classic golf match between Bond and the villain Auric Goldfinger, whose caddy was Oddjob, in the book.

The collection of 13 books is being sold by a private collector with US based Swann Auction Galleries.
©SwannAuctionGalleries 25 Mar 2019 1822x1664 / 1.7MB