Add to Lightbox
Image 1 of 1
BNPS_IcebergThatSankTheTitanic_002.jpg 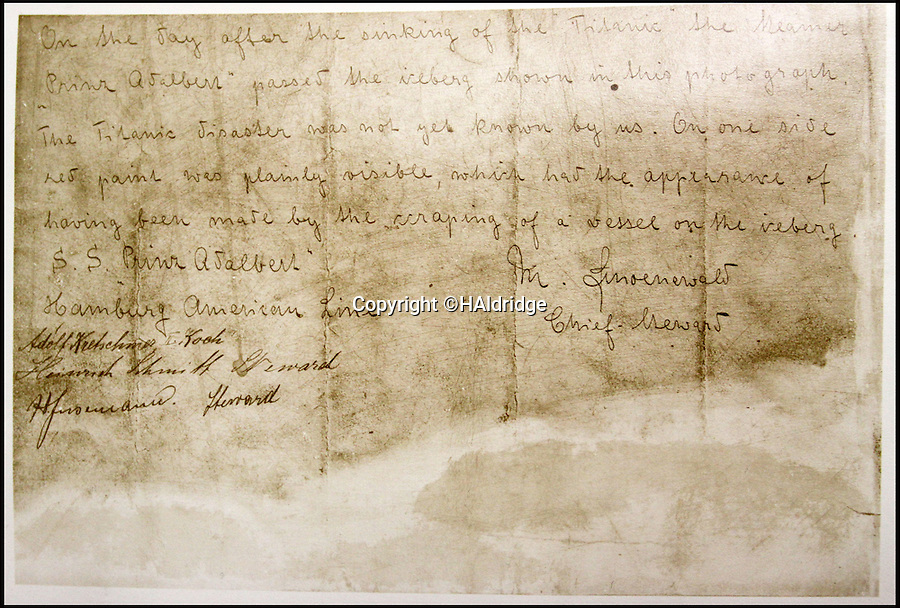 A photo of the iceberg that sunk the Titanic and a description of red paint scraped along one side of it has come to light after spending years hanging in the boardroom of the doomed liner's lawyers.

The picture and hand-written statement were by the chief steward of a vessel that passed by the scene of the disaster hours later.

He described seeing red paint that appeared to be from the scraping of a vessel along one side of the floe before taking the photo.