Add to Lightbox
Image 1 of 1
BNPS_AmeliaEarhartPlaneBlueprints_01.jpg 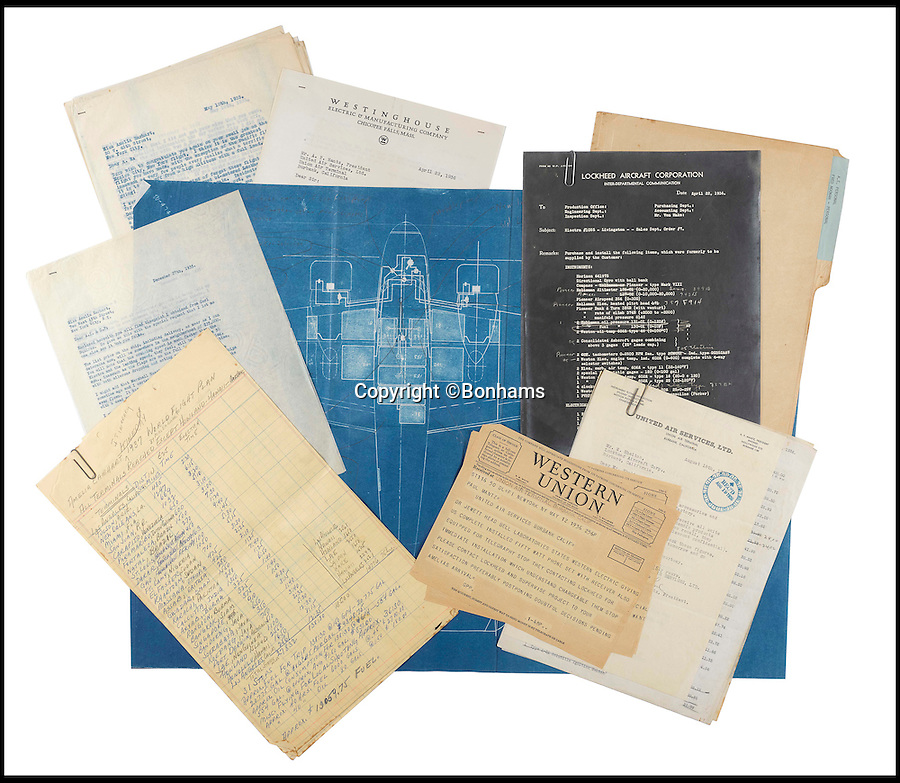 The blueprints of the cutting edge aeroplane that tragic aviation pioneer Amelia Earhart disappeared in during an attempt to fly around the world almost 80 years ago have emerged for sale for £14,000.

Earhart's Lockheed Electra 10e aircraft was packed so full of new technology that it was dubbed the 'flying laboratory' on its launch in 1936.

Plans and invoices for the work Lockheed carried out to modify the plane for the round the world flight show Earhart had four auxiliary fuel tanks fitted in the passenger compartment and a navigator's station to the rear of that.