Add to Lightbox
Image 1 of 1
BN_JamesBondProps_01.jpg 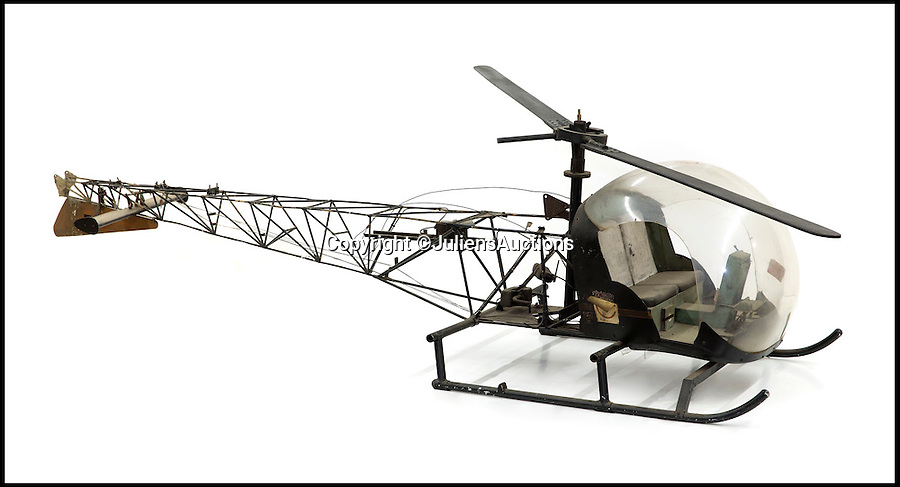 The helicopter prop used in the James Bond film, You Only Live Twice.

A buyer has forked out £10,000 on what might be the ultimate office accessory - the iconic swivel chair used by James Bond's arch nemesis Blofeld in the hit flick You Only Live Twice.

The bald super-villain sitting in the high-backed leather chair stroking his white lap cat is one of the most recognised images of any Bond film.

And now the chair's new owner can play at being the evil genius - full name Ernst Stavro Blofeld - in the confines of their own office.

A small model helicopter that was used in You Only Live Twice for the filming of the scene in which Sean Connery takes on a fleet of black choppers while flying a small microlight called Little Nellie sold for £15,000.
©JuliensAuctions 16 Oct 2014 1821x986 / 183.5KB