Add to Lightbox
Image 1 of 1
BNPS_TitanicMenu_03.jpg 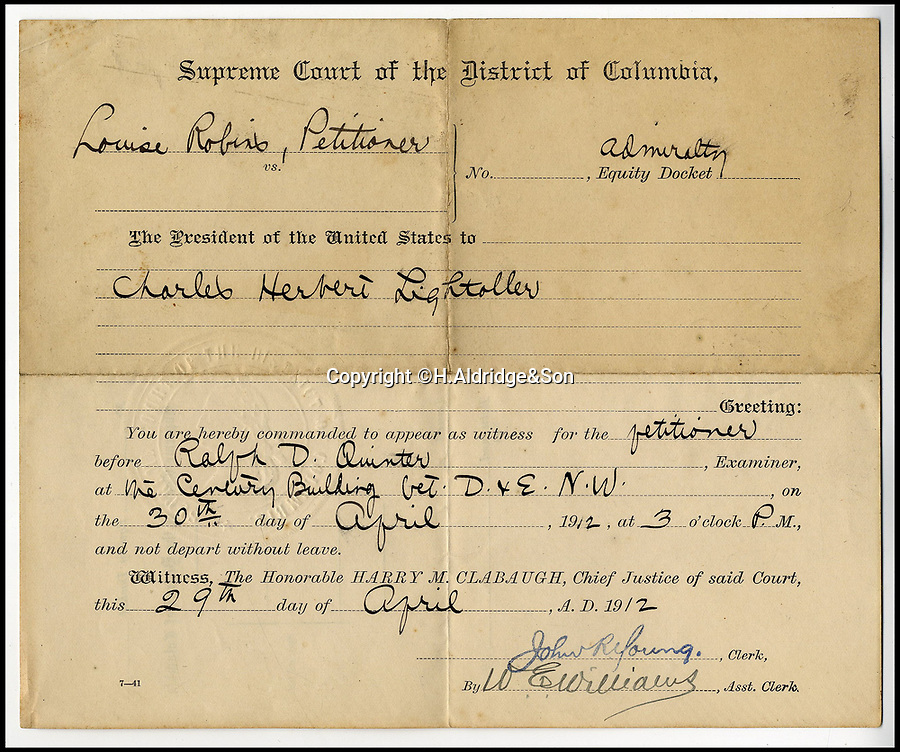 A summons letter for Charles Lightoller to appear at the Supreme Court of Columbia, to be a witness at the American Titanic enquiry on 30th April 1912 at 3pm.

There was consumme mirrette and cream of chicken to start, salmon and sweat bread for the fish course, spring lamb, roast chicken and braised ham for mains and pudding sans souci and peaches imperial for desert followed by coffee.
©H.Aldridge&Son 12 Apr 2018 2674x2235 / 1.2MB