Add to Lightbox
Image 1 of 1
BN_LastPortraitOfNelson_01.jpg 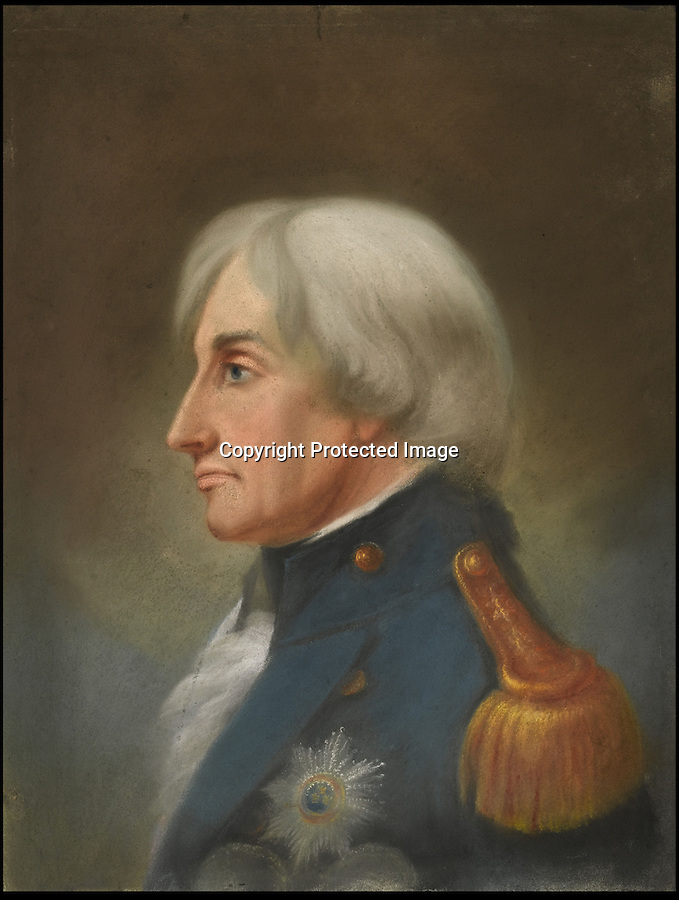 The last ever portrait of Admiral Lord Nelson painted before he was killed in the Battle of Trafalgar has emerged for sale for 30,000 pounds.

Nelson, Britain's greatest Sea Lord, had been on a short visit to his home in Merton, London, in September 1805 when he was painted by John Whichelo.

While at his home, Nelson began plans for the Battle of Trafalgar and also said his goodbyes to lover Lady Emma Hamilton.

But just a month later, he was killed in action has he led the British navy to their famous win over Napoleon's forces.

The profile portrait depicts a grey-haired Nelson in Vice-Admiral's undress uniform with the Star of the Order of the Bath pinned to his chest.

The order was presented to Nelson following the British victory at Cape St Vincent in 1797, and it was pinned to his uniform when he was shot dead at Trafalgar.

In 1838 Whichelo presented the portrait to Admiral William Parker after teaching his son to paint.

It has remained in the Parker family ever since.