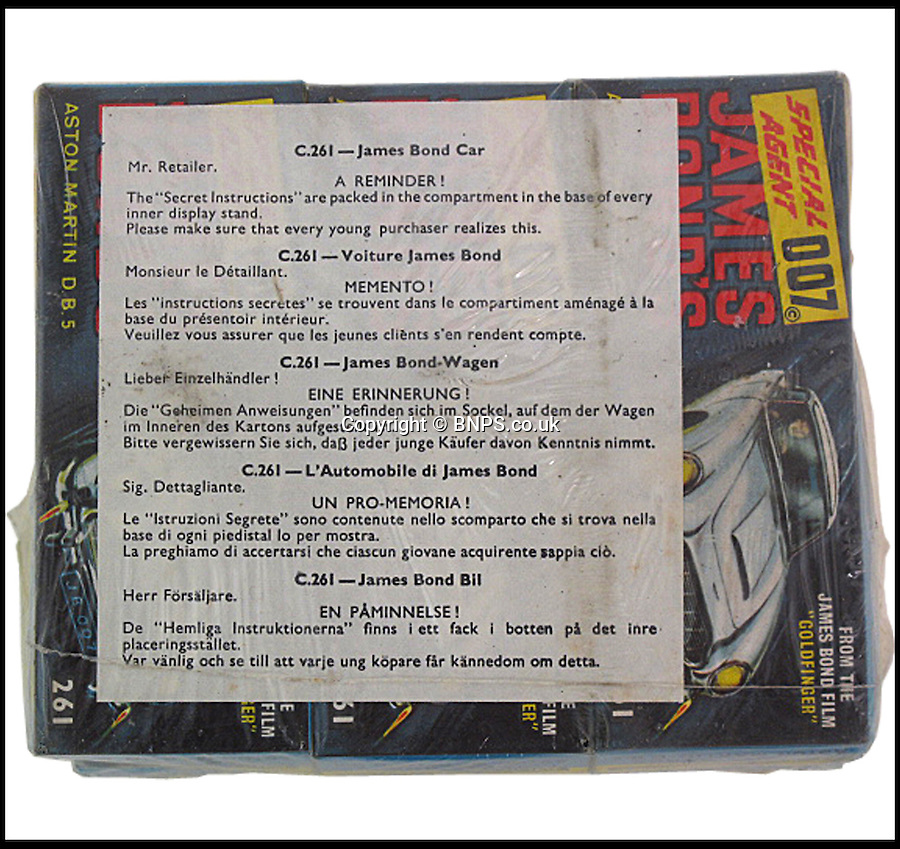 A pack of James Bond cars made by toy maker Corgi that should have been sold in 1964 have been discovered still in their original Cellophane wrapped boxes.

The six toy versions of Bond's Aston Martin DB5 were made in the wake of the 1964 film Goldfinger, which was the first to feature the gadget-laden silver car.

Corgi sprayed the model motors gold and included an ejector seat which projected a plastic figure of a villian through the roof at the flick of a switch, replicating a scene in the movie.
© BNPS.co.uk 30 Sep 2013 1518x1431 / 539.5KB