Add to Lightbox
Image 1 of 1
BNPS_June&Frank_03.jpg 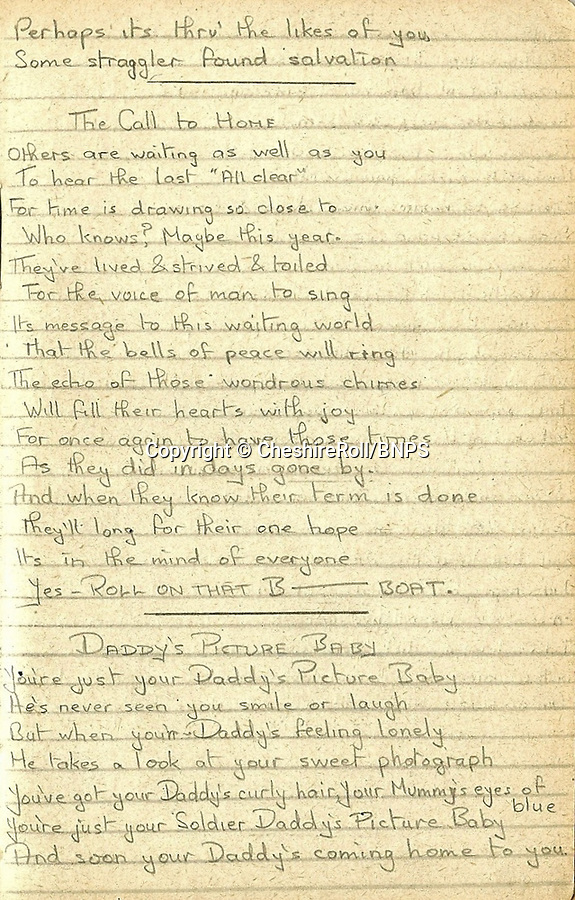 A poignant poem written by a British prisoner of war pining for the baby daughter he had never met has come to light 75 years later.

Lance Corporal Frank Kenyon treasured a black and white photo of his newborn daughter June that his wife Doris sent to him while he languished in a German prison camp.