Add to Lightbox
Image 1 of 1
BNPS_PoignantMemorialService_04.jpg 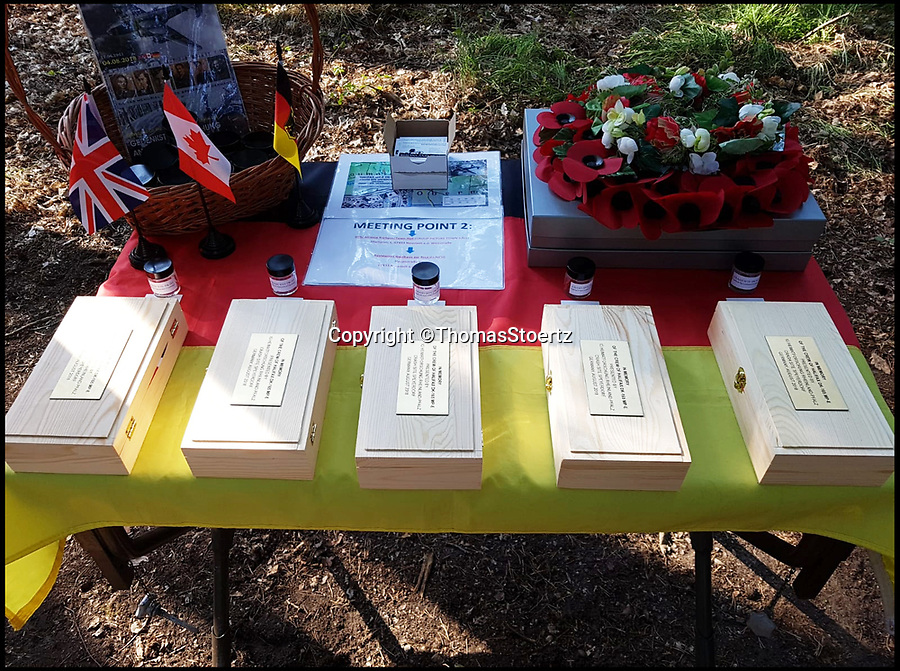 Personal effects from the crew of a downed RAF bomber, which were on display earlier this month at a memorial serivce in Stuttgart.

The memorial service which was held earlier this month, at the site of a downed RAF bomber near the village of Hassloch, near Stuttgart.

A poignant memorial service has been held at the spot where an RAF bomber was shot down with the loss of six of its crew after its wreckage was discovered in dense German woodland 75 years later.

Seventeen descendants of the Halifax crew were present alongside British, Canadian and German military dignitaries and the local mayor as a commemorative plaque was unveiled.

The crash site remained unknown until historian Erik Wieman, 50, located the wreckage of the downed Halifax DK165 MP-E near the village of Hassloch, near Stuttgart, after researching the crash for several years.

Mr Wieman, a Dutch national living in Germany, found rusting aircraft debris, including navigational equipment, on the surface and underground.

The Halifax had taken part in a huge bombing raid on the Skoda armament works in Pilsen, Czechoslovakia, in April 1943 when it came under attack by a German night fighter plane on its return.
©ThomasStoertz 16 Aug 2018 1606x1196 / 1.4MB