Add to Lightbox
Image 1 of 1
BNPS_MosaicUnveiled_01.jpg 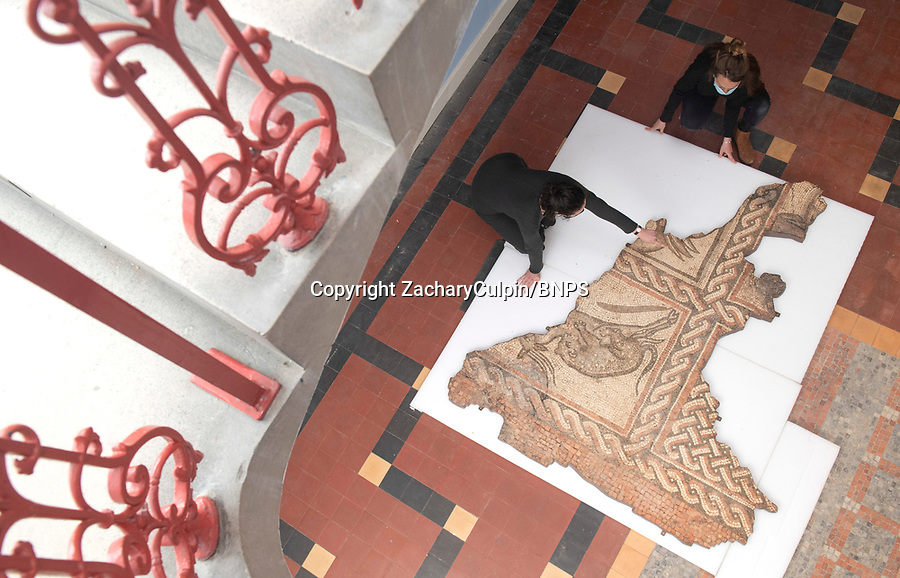 PICTURED: An important Roman mosaic that has been saved for the nation went on display today at a county museum.

The Dorset Museum unveiled the 1,700-year-old panel depicting a leopard attacking an antelope that it acquired earlier this year to stop it from going abroad.

It forms the centrepiece for the venue which is about to reopen following a £16m transformation that has taken three years.
ZacharyCulpin/BNPS 20 May 2021 5283x3390 / 3.0MB