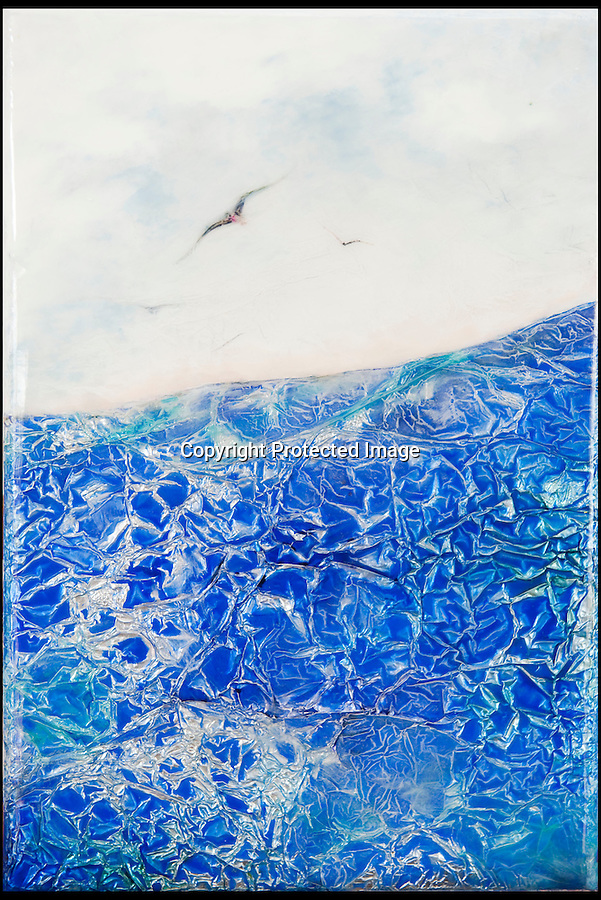 Artist Anna Mazek McDermott (55) has come up with a unique new technique to capture the shimmering light of the south west of Britain...By adding Russian Standard vodka to her paints.

Anna's 'Eureka' moment came after watching the effect caused when someone spilt vodka into an oily puddle at a pub in Topsham in Devon.

After many months of experiment with various brand of the colourless spirit and in combination with alumunium foil in place of canvas she finally hit upon a top secret method that produces an irridescent effect similar to a butterflies wing that has led to her work fluttering off the walls of galleries faster than she can paint them.