Add to Lightbox
Image 1 of 1
BN_TrainRobbery_07.jpg 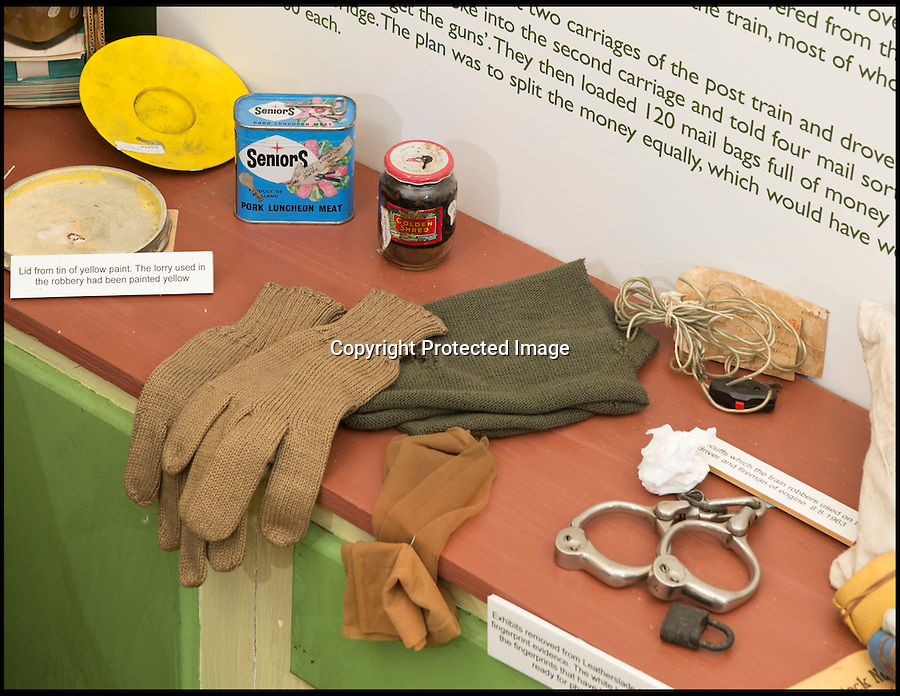 Artefacts recovered from the raid including a tin of spam and a set of handcuffs.

A Monopoly set famously played by the Great Train Robbers using real money while lying low at a farm after there £2.6 million heist has emerged 50 years after the infamous event.

The tatty board game came to light after it was brought to the Antiques Roadshow for valuation, revealing the little-known story of its part in the 20th century's most notorious heist.

It was discovered by police in a farmhouse hideout days after the brazen hold-up on a Royal Mail train in 1963.

The train had been travelling from Glasgow to London but was set upon at Ledburn in Buckinghamshire by the gang, who had tampered with signals.

The robbers stormed the train and took all but seven of 128 highly-prized sacks worth a total of £2.6 million - the equivalent of nearly £50 million nowadays.

Following the robbery the gang, including ringleader Bruce Reynolds, Buster Edwards and Ronnie Biggs - retreated to a nearby farmhouse to avoid police.