Add to Lightbox
Image 1 of 1
BNPS_EdwardFoxTakesAimAtCouncil_02.jpg 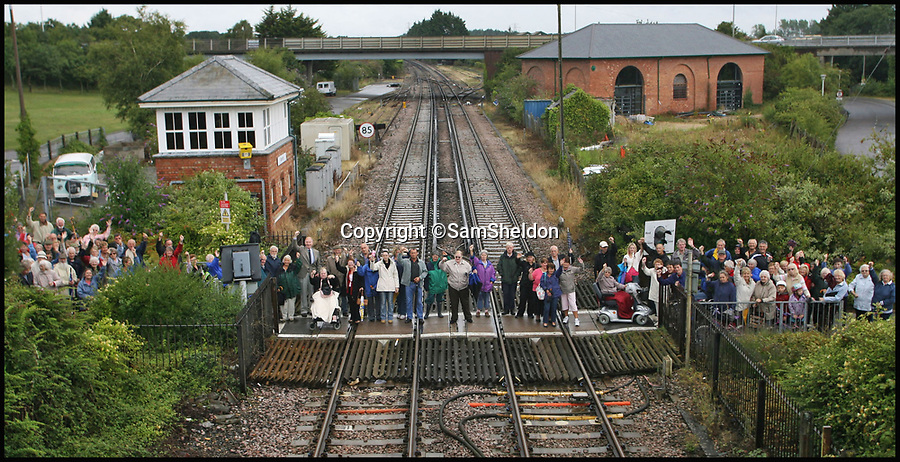 Villagers protesting at the closure of the level crossing.

The say of the jackal...

The Day of the Jackal star Edward Fox has taken aim at bureaucrats over their plans to build a 'hideous' new railway bridge at his local Grade II listed Victorian station.

The veteran actor, who also starred in the war film A Bridge Too Far, accused the local council of ignoring the wishes of the public by ploughing ahead with the unsightly ramped crossing.

Mr Fox, 80, described the plans as 'a bridge too far' and urged planners to listen to the townsfolk of Wareham, Dorset, and go back to the drawing board.

Thousands of local residents, led by Mr Fox, had already voiced their objections to a huge wheelchair-friendly bridge that will replace the current level crossing which officials say has become a health and safety hazard
©SamSheldon 21 Jul 2009 2886x1480 / 884.5KB