Add to Lightbox
Image 1 of 1
BNPS_BernardCockcroft_015.jpg 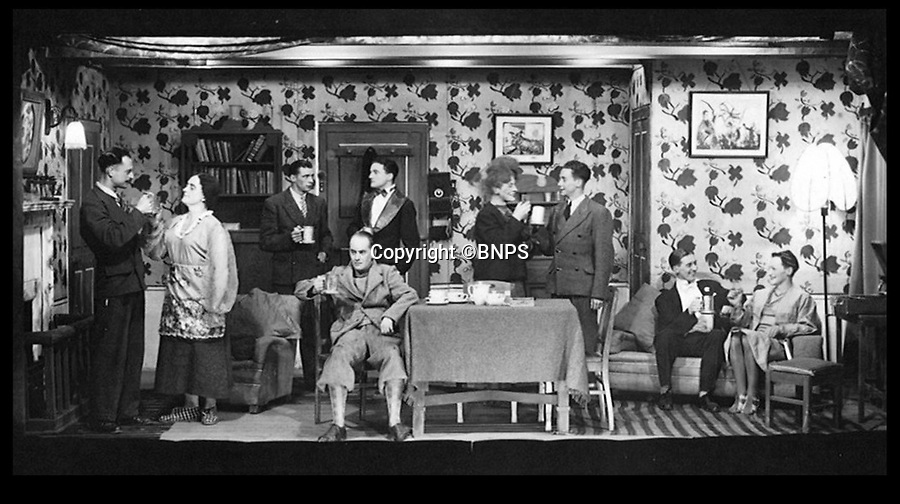 Prisoners perform some amateur dramatics, complete with scenery, costumes, makeup and props that they made themselves to ease their boredom.

Oh What a Lovely War...  The extraordinary level of professionalism a group of British soldiers put into their theatre productions at a PoW camp can be revealed in a newly-discovered archive.  So serious were the am-dram group of Stalag 383 they created a banked earth floor in a barn to form a sloping auditorium that became known as the 'Ofladium'.  The men bartered their Red Cross parcels with their German guards for materials and props and then spent weeks creating sets that wouldn't look out of place in a West End theatre.  The sets, costumes, performances and concert programmes were of almost professional standards, with a great deal of time, effort and skill clearly going into creating them.
©BNPS 20 Dec 2010 2089x1170 / 316.9KB