Add to Lightbox
Image 1 of 1
BNPS_RarePhotosOfJardinesLastCricketTour_09.jpg 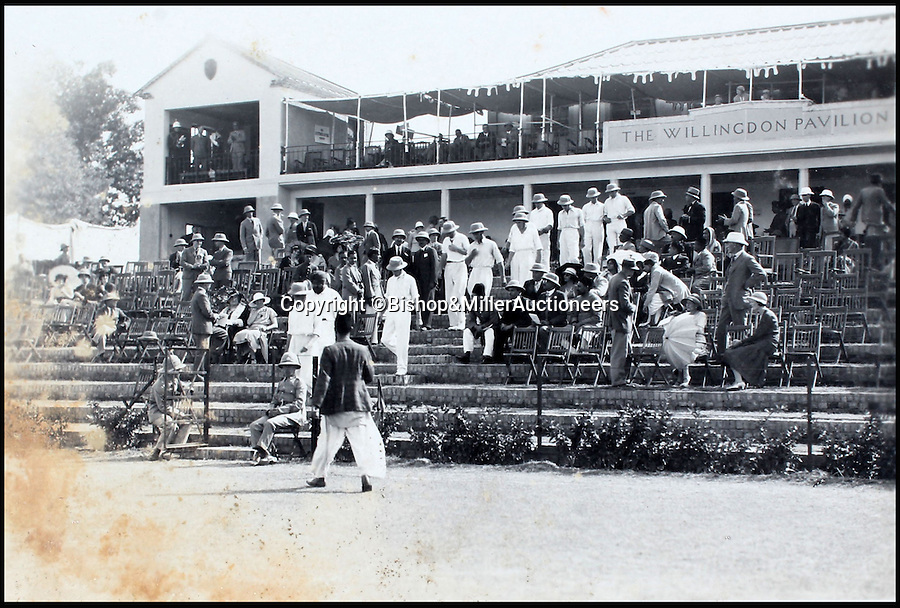 The M.C.C. side heading out to field against the Delhi & District XI from newly-built Willingdon Pavilion, named after the British governor-general of India.

Jardine is featured in many photos as is the Viceroy of India. The album is being sold by auctioneers Bishop and Miller of Suffolk.
©Bishop&MillerAuctioneers 1 Jun 2014 2025x1366 / 1.7MB