Add to Lightbox
Image 1 of 1
BN_TitanicLetter_01.jpg 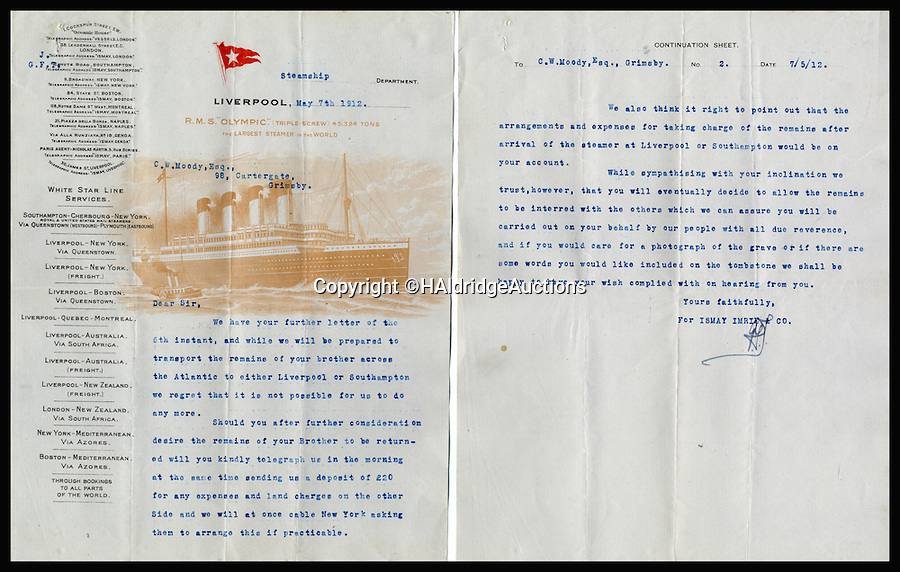 A shocking letter revealing the owners of the Titanic demanded huge sum's of money from the bereaved relatives to return the bodies of its dead crew has come to light on the 103rd anniversary of the disaster.

The astonishing demands have emerged for the first time since the tragedy in a never-seen-before letter from bosses at White Star Line to the grieving family of James Moody, Titanic's sixth officer.

Moody, 24, was among the 1,500 crew and passengers that perished when the ship sank after hitting an iceberg in the Atlantic on April 14 1912, two days into her maiden voyage.

In the sensational letter written less than a month after the sinking, his brother Christopher was told his body could be transported from New York back to his home town of Scarborough at a cost of £20 - more than £2,000 in today's money.