Add to Lightbox
Image 1 of 1
BNPS_UnseenKennedyPhotos_01.jpg 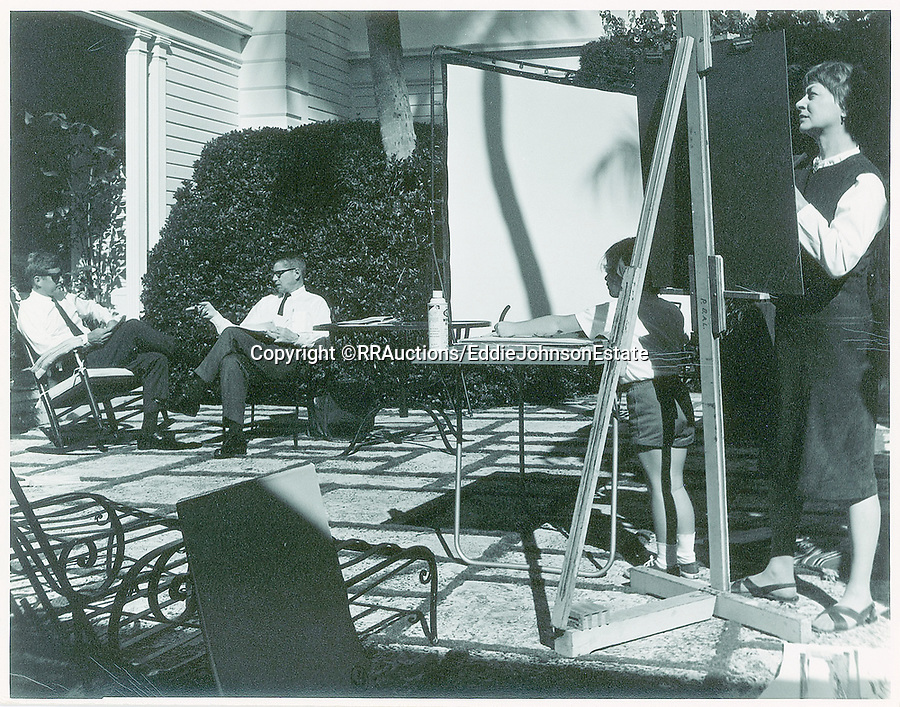 This photo shows JFK's only suviving daughter Caroline at her own easel.

While this was going on, Kennedy was having his portrait drawn by celebrated artist of the age Elaine de Kooning.
©RRAuctions/EddieJohnsonEstate 26 Apr 2019 1714x1346 / 1.0MB